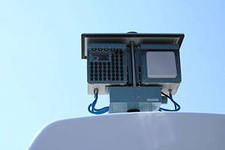 Moscow authorities plan to spend more than 290 million rubles on the maintenance of traffic cameras In the near future.

A winner of the auction is required to provide services that will ensure trouble-free operation of the equipment, meaning that no more than 40 complexes (5% of the total number) can be shut down during the day, and in general it is required that video radarsmust operatefor 24 hours, 365 days a year.

Alexander Evsin, Head of the Situation Department of the Traffic Management Center previously stated that there is a number of complaints considering the company that currently provides maintenance for the “Strelka-ST”complexes. Evsin also said that before the end of the year Moscow is going to purchase another 400 complexes.

The cost of the contract incorporates the fact that a company providing maintenance will be obliged to replace expensive parts of defectivecomplexes. Each of the three main components of “Strelka-ST” complexes- the processing and control unit, the radar itself and the video sensor cost more than 900 thousand rubles.

For example, in order to repair 149 “Strelka-ST” complexes Moscow region authorities are going to spend 730 million rubles (about 260 million in 2015 and 2017, and about 110 million in the remaining months of 2014). Similar tenders of the recent years were usually accompanied by a series of scandals and prosecutions, and subsequent shutdowns of the complexes. The expensiveness of the maintenance in the Moscow suburbs compared to the city part is explained by the fact that the registration complexes are situated further from one another.