WWII Memorials Will Be Taken Under Video Surveillance

WWII Memorials Will Be Taken Under Video Surveillance 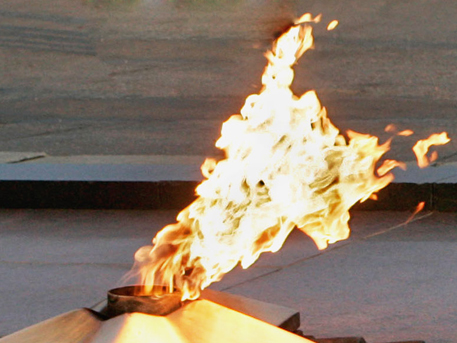 On the eve of the commemorative date - the 70th anniversary celebration of Victory in the Great Patriotic War, the all-Russian organization "Russian Officers" asked the Interior Ministry to increase security of military memorials and arrange round the clock video surveillance. Anton Tsvetkov, Chair of "Russian Officers", commented the situation.

In order to fight vandals destroying and defiling memorials representing value to the citizens of the Russian Federation, the Ministry of Internal Affairs will increase police patrols and will contribute to the large-scale installation of video cameras monitoring monuments of the Second World War.

Anton Tsvetkov’s appeal to Interior Minister Vladimir Kolokoltsev states that the compulsory measure will contribute to the fight against vandalism and excessive drinking near the memorials.

It is worth noting that cases of vandalism are being reported across the country. Such actions not only violate the law, but also cause moral damage to a large number of people.

Anton Tsvetkov provided his comments on the initiative for RUBEZH magazine. According to the speaker, video cameras will help to decrease the number of acts of vandalism. "It's not just about vandals, different people gather in areas near monuments. Some of them drink, some behave inappropriately – not in the way people should behave on the territory adjacent to a monument. Camera presence has a great preventive effect. We ask not only to install cameras – it is very important that we propose to adjust the patrol routes so that they pass near the monuments and memorials"- says Anton Tsvetkov.

According to the chairman of "Russian Officers", such preventive measures will reduce the probability of gatherings of antisocial elements near monuments and cases of vandalism.

"I don’t think that we should install dummy cameras – it is not so expensive to install a real camera working on the result. Why spend money on fakes when it is better to use real equipment. If we optimize the budget, the cost will not be very high. I think the Ministry of Internal Affairs will support our proposal"- sums up the speaker.