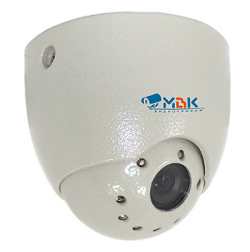 The “ByteErg” company will equip 1500 LiAZ buses (buses produced by Likinsky bus plant) with anti vandal video cameras МВК-09. “ByteErg” makes the following statement in the press release: 1500 LiAZ buses will be produced and supplied to the order of Moscow regional government.

Marketing director of “ByteErg”, LLC – Mr Evgeny Eroshkin informs the RUBEZH correspondent that his company has already started cooperation with LiAZ. Their mutual efforts are aimed at installing video surveillance systems on transportation. Every bus will be equipped with 4, 8, or 12 cameras, depending on its size.

МВК-09 series cameras are extreme temperature resistant, increased stability cameras.  "Every device from this series has a special construction, which is difficult to tear down. This factor allows to protect our cameras from any physical interference,” – pointed out Mr Eroshkin.

According to company representative, this kind of cameras was developed by the company especially for the Russian environment. “We had to design something “unbreakable” and budget-friendly.” The cameras are equipped with the heating system, which makes it possible to use them in any climatic zone of the country.

Among major advantages of the series are its small size and weight, low energy consumption, mega-pixel lenses with infra-red filters and a wide range of lens focus distance.

Currently 15000 Moscow buses are being equipped with МВК-09 series cameras, that is over 60 000 devices. 5,500 new LiAZ buses are coming to Moscow region by 2016. Each of them is going to be equipped with devices produced by “ByteErg”.