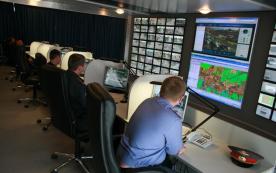 By the end of the year 2015 602 video cameras and 206 emergency call buttons will appear in Nizhny Novgorod. The city will receive new security tools within the framework of the final stage of the project called “Safe City”, according to Mr Aleksandr Borodavko, head of the Center for information technologies, connections and data protection of the Head Department of the Ministry of the Internal Affairs of Russia in Nizhny Novgorod region.

The programme called “Safe City” was launched in Nizhny Novgorod in 2012 in accordance with the regulation of the Russian Federation government. In the course of the first stage of the project the city welcomed the new network for photo and video recording of traffic rules violations. Implementation of technical security devices helped to decrease the number of road accidents in control zones by 2% and the number of road deaths by 6% starting from January 2012. The statistical data was compared to that of the same period of time in 2013.

According to “RUBEZH” magazine, representative office of the Trading House “Luis+” in the city of Nizhny Novgorod is actively involved in supply of CCTV equipment for the “Safe City” project. Deputy General Director of “Luis+” company, Mr Vitalii Zolotarevsky informed that the company is preparing a draft of the specification of requirements for purchasing a new consignment of CCTV cameras. The most popular among them are the street IP-video cameras produced by AXIS и Samsung companies.