Andrei Zverev: Independence from import is a chance for Russia

Andrei Zverev: Independence from import is a chance for Russia 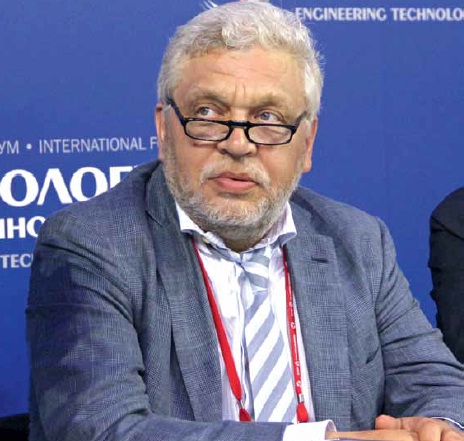 As part of the program on innovative development of OJSC "Ruselectronics" (part of the state corporation "Rostec"), implementation of 92 projects in the most promising areas of electronic components production is planned in the period of 2014 - 2020. The budget will allocate 210 296 million on the development of "Ruselectronics" holding company: 111 219 million rubles will be spent on technical modernization, on the development of R&D efforts - 82 700 million rubles, and 16 377 million rubles – on the formation of enterprise infrastructure, staff development and on activities in the field of foreign economic cooperation. Our hero of the issue, Andrei Zverev, CEO of OJSC “Ruselectronics”, chairman of the Public Council of The Ministry of Industry and Trade of the Russian Federation, talks about the principles of the program’s realization.

Enterprises of "Ruselectronics" are deployed in five federal districts - Central, North-West, North-Caucasian, Volga and Siberian. By 2016, we plan to form a center of vacuum super-high frequency components in the Saratov region, a multisystem cluster of solid-state super-high frequency electronics (research and production enterprise "Pulsar") and a center of special microelectronics and semiconductor devices design and production in the Siberian region.

The holding is implementing a five-year program of asset restructuring. Instead of the existing 124 companies, we plan to create a total number of 20 research and development associations (out of approximately 70 organizations). The program also provides for technical and technological modernization of production facilities, as well as sales of non-core and surplus assets of organizations.

“Ruselectronics” is a fully functioning business unit. We plan to make an initial public offering in order to raise additional financial resources. We have three options by which we can make an IPO. The decision on those options will be made based on capital market conditions at the time of the offering placement: our IPO could encompass the whole holding, only commercial business branches or we can conduct a staged IPO process where the entire holding is offered after the commercial business branches. However, considering the current situation in the world we may want to postpone this idea.

Over the last three years, we saw the return of specialists who once left the country in search of a better life. From Israel, for example. People were looking for a nice and quiet life, but it turned out that everything wasn’t so simple. We have an employee income tax of 13%, and there the value is around 40-50%, even reaching 70%. It’s a two way street these days. Someone still wants to leave, but others, and I mean highly qualified specialists, come to us regularly. Shortage of personnel in our industry can be significantly reduced in the next five years.

There is no need to send our students abroad. Students of technical specialties need to be educated in the environment of actual enterprises - where they will want stay. Over the past five years, we have created 26 core educational departments in specialized institutes not only in Moscow but also in St. Petersburg. Beginning with their second year, future specialists learn directly at enterprises, which virtually guarantees future employment.

Russia possesses advanced developments of electronic components. In particular, in the field of optoelectronics and production of LEDs and LED modules.

We must design our own microchips. Then we can go and order production at any plant in Southeast Asia. It will be cost-effective, the whole microchip architecture will be in our hands, and nobody will know it except the national developer.

It will be difficult to catch up with competitors in the field of CMOS production, billions of investments will be needed. Each step of nano-process improvement - 90, 65, 42, 24 nanometer - increases the cost of factories in two or even three times, but the result is worth it.

By 2020, 70% of component base will be ours. The transition from imported components to domestic will take five to six years. And what has been done to this day, will allow us to reach full import substitution of components for military-purpose products in the near future. If we can do completely without the foreign component base in manufacturing of products for the Russian nuclear forces, I see no problem to do the same in other areas.

It is necessary to unify the component base. We need a library of components. If any developer is able to use it for any kind of equipment (communications, navigation, fire control and guidance, professional special-purpose electronics), then a domestic manufacturer of components will eagerly start the production chain. Not in hundreds of millions of pieces, of course, but at least in tens or hundreds of thousands.

End product manufacturers currently follow the path of least resistance. They don’t want to wait until the Russian industry develops and releases something, they just take what is on the market. In addition, each developer is given a choice of components. Yes, we can produce domestic alternatives to imported items, but developers tell us that a series of 20 pieces is needed, but this is not a healthy conversation.

Small businesses need tax holidays, but not everyone. Benefits should be given only to those who produce: industrial and innovative companies. And not for just a year or two, but for greater periods. Look at what China did, for example: half the country is a free economic zone for manufacturers. Do what you want and don’t pay anything.

A decision on import limitation must be adopted. I’d like to see a "road map" with a certain plan of actions, and at the end of this map, on the day when it ends, there should be a complete ban on the use of imported components in special-purpose hardware.

Russia has considerable experience of survival and support of its industry and defense sector under sanctions. In Soviet times, there was the concept of "CoCom" - Coordinating Committee for Multilateral Export Controls. It was an effective organization, which was created in order to ensure that no western technology “leaked” to the USSR.

Our so-called Western partners in the field of high-tech technologies were never actually our partners. Restrictions on the export of high-tech equipment for the electronics industry to Russia from The United States have always existed.

Russia is one of the major exporters of natural resources in the world. But it is time, I think, to focus on the development of high-tech products industry. In connection with the introduction of various sanctions and adoption of import substitution policy, it is in our power to change the situation in the near future.

Russian companies need to look for new high-tech products selling markets. Gradually, as domestic producers strengthen their positions on the new markets they will become able to drop state support. Our market, our science and our technology are of interest for many in the world, especially for China and Latin American countries.

The law on industrial policy is a long-awaited one. There will be a big enough expert council under the President - about 200 or 300 people. The council will include almost all experts in this field of industry. With this council, we will be able to create development strategy not just for the next 10 years but for at least 50.