"Zenith Arena" Will be Equipped with 16 Access Control Pavilions

"Zenith Arena" Will be Equipped with 16 Access Control Pavilions 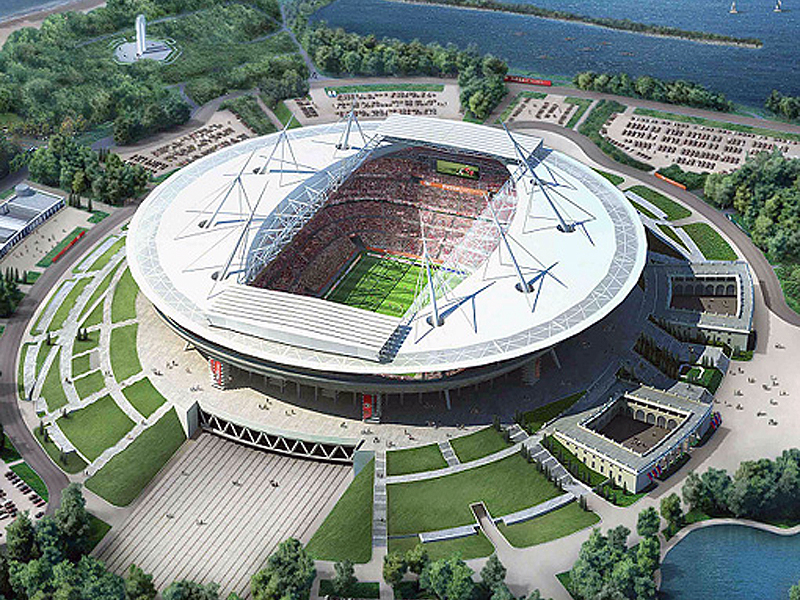 A tender for the construction of “Zenith” stadium entrance was announced. The tender also involves services on the improvement of the western part of Krestovsky Island. Smolny Public Procurement Committee acts as the governmental customer. The contract cost is more than 2.8 billion rubles. Results of the contest will be announced on September 17. The contract must be accomplished by December 16, 2016.

According to the tender documents, the stadium’s entrance will be equipped with 16 access control points, including pavilions for VIPs and press. It is also planned to build 8 two-level open car-parking areas with 1,890 vehicles capacity, 1 helipad and 2 vehicle checkpoints.

Construction works will cover the road section from the South Road to the belfry arch; area adjacent to the stadium will be covered by sidewalks and grass-plots. Project documentation for the tender was developed by the State Unitary Enterprise "Lengiproinzhproject." Government plans to spend 710 million rubles for the work on the stadium.