Warning System by Rostelecom in Yakutia Will Cost 28 Million Rubles

Warning System by Rostelecom in Yakutia Will Cost 28 Million Rubles 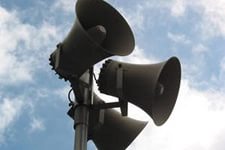 Rostelecom, the company providing long-distance and international communication and working on a variety of "Safe City" projects across the country intends to purchase equipment for the installation of a complex system of emergency public warning (Russian abbreviation “KSEON”) in Yakutia in the near future.

A request for the supply of equipment was posted on the public procurements web portal last Friday, September 12, tender review is scheduled for October 22. A contractor is required to supply the company with 469 loud speakers and 97 sets of other equipment designed to amplify the signal transmission in 91 cities in 7 districts of the republic.

All equipment must be approved by the Russian Civil Defense and Emergency Situations Research Institute and have records of state testing passage.

As reported in July by RUBEZH, according to the Ministry for Emergency Situations, the situation with public warning systems in Russia has been steadily deteriorating. Meanwhile, several multi-million dollar tenders for the purchase of “KSEON” equipment was announced in the recent months in Moscow, Ingushetia and other regions. It is noteworthy that on the same day when Rostelecom’s tender was posted on zakupki.gov.ru web portal, another tender associated with warning systems appeared – Moscow Khimki administration announced an auction for the supply of public warning and notification system with starting price of nearly 6.6 million rubles.