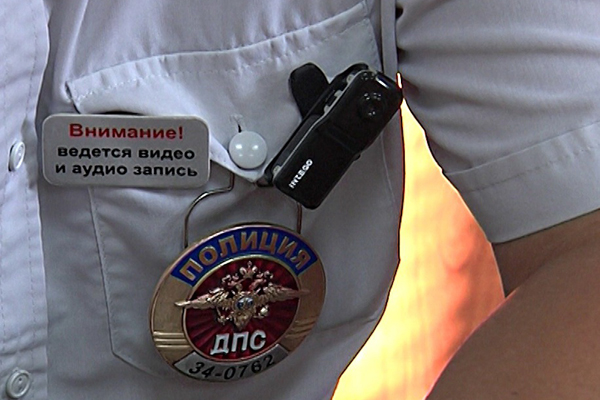 As part of the anti-corruption project of the Russian government, Volgograd Region State Traffic Safety Inspectorate units are being equipped with wearable video cameras.

To be more precise, police officers now wear portable video recorders on their uniform, which will be used to record conversations with drivers who often offer to "hush up the problem". Introduction of such devices will help to prevent bribery on the roads and protect traffic police officers from unsubstantiated accusations in corruption.

The second step in this direction will be implementation of the project on equipping Volgograd police with drive cameras. On August 1, units serving on the region border were issued 140 devices, costing 504 thousand rubles. Since the beginning of this year, devices installed on patrol cars of the region recorded 93 cases of bribery.

Testing of wearable cameras, manufactured by military technology, was carried out in Europe. In France, test data collected from 235 wearable police cameras in May 2103 reported zero cases of violence during inspections or arrests. According to the decree of the Ministry of Internal Affairs of France, the state purchased 4.5 thousand devices for police officers. It is also planned to purchase cameras for the French gendarmerie.

The use of wearable video recorders was also proved successful by London police officers who were issued 500 cameras in May 2014 in order to increase effectiveness of inspections. In the future, all employees of the British Scotland Yard will be equipped with such devices.

In the United States, wearable cameras have become widespread in 2013 in Los Angeles, Fort Worth, Charlotte and Rialto. In Rialto, the tests carried out during the year marked a 50% decrease in the number of cases when police had to use force.