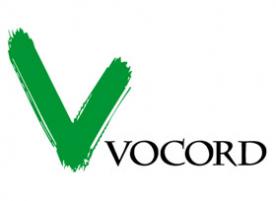 The system of face recognition VOCORD FaceControl 3D won in the nomination «Technologies that help» at the pitch-session contest Startup Village 2014, which was held at the innovative centre “Skolkovo” on June 2-3.

The system VOCORD FaceControl 3D, which was presented at the contest, is designed for high precision face recognition, even if there are some “distracting” factors, such as make-up, glasses, poor light, etc. construction of the face model and its comparison with database information, and the process of face recognition takes from 0,7 to 1 second.

Product developers claim that the system is universal and can be utilized for both safety control, and in such spheres as marketing, medicine, art. VOCORD FaceControl 3D has been successfully used in the art project of famous British postmodernist photographers Oliver Chanarin and Adam Broomberg.