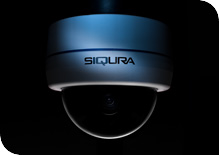 JSC "Mosinzhproekt" plans to spend more than 65.5 million rubles in order to build systems of video surveillance at the station "Troparyovo" and inside the tunnel of Sokolniki metro line, starting from the station "South West".

The procurement is currently in the stage of proposals submission, which will end on August 20, 2014. The  winner of the tender will have to provide the company with 160 cameras from Bosch, 124 cameras from Siqura, 10 Axis cameras, and equipment by Cisco, HP, APC, and others brands.

It is known that Bosh cameras will be installed at the station while Siqura and Axis cameras will be mounted inside the tunnel. It is worthy to note that all equipment must be delivered within 10 days after the contract conclusion.

Announcement of the results of proposals review is scheduled for August 28, while the new station was previously scheduled for opening before September 2014.