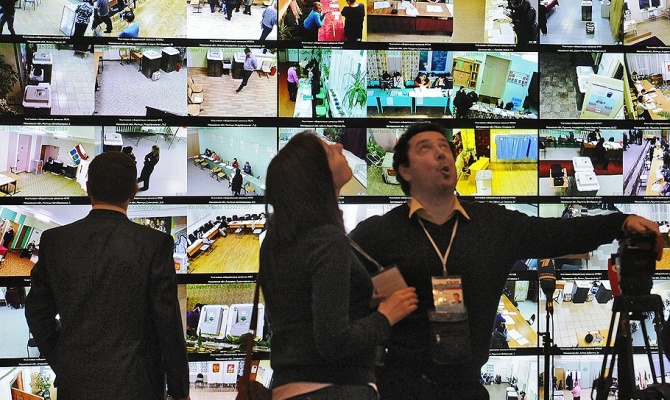 On the 15th of August Electoral Committee of Moscow established an order of using monitoring systems at the Moscow mayoral elections. Head of the Moscow IT department, Artyom Ermolayev believes that the quality of broadcast will improve sufficiently if compared to the presidential election where cheap web cameras were used.

Broadcast from the polling station can be followed on the website vybory.mos.ru. This time videos are to be webcasted from the professional cameras, which have already been installed as part of monitoring system of Moscow. There are about 2 000 cameras installed in schools. The cameras will be set up further to the places where there are yet none, for example, in gyms, where the voting often takes place.

Moscow can save public money by buying the image cameras show from communications service provider rather than cameras. The total cost of webcasting is now being calculated.

Electoral Committee has not given ear to the opinion of MGIK’s consulting member Andrey Buzin who suggested that cameras should be installed at the territorial Electoral Committee, where, in his view, a lot of violations take place. Andrey Buzin has found major faults in the instruction by MGIK. For example there is no information on how you can get the record after the election day.