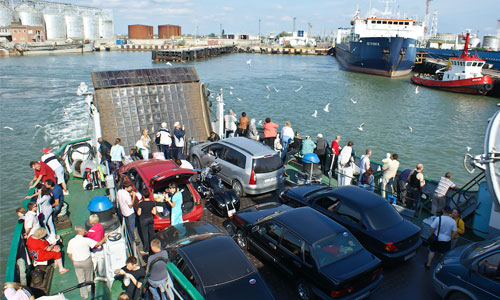 Kerch ferry crossing will be equipped with video surveillance cameras, as announced by Anatoly Tsurkin, Acting Minister of Transportation in Crimea.

According to the peninsula authorities, surveillance cameras will monitor waiting lines for the ferry crossing and will keep track of the situation around the transport hub. According to Tsurkin, the ministry is currently discussing the matter with the city council of Kerch.

Since the Republic of Crimea joined the Russian Federation, Kerch ferry crossing connecting the Krasnodar region and the peninsula was experiencing significant traffic load. According to "RIA Novosti", the port "Caucasus" currently holds more than 2 million vehicles waiting for passage, while the port "Crimea" holds 600 vehicles.