According to RIA Novosti report, head of Russia’s EMERCOM, Vladimir Puchkov has come up with the proposal to install video monitoring at the gauging stations along the Amur River on the Khabarovsk territory. That will give the residents an opportunity to obtain immediate visual information about the current condition of the river and not to wait for the news report. 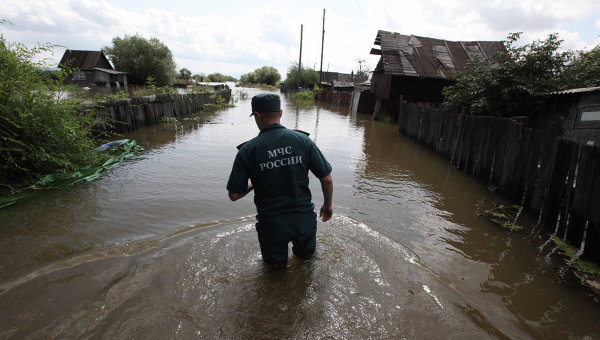 The webcast from the river will be available on the Internet.

Besides, head of the Emergency Ministry addressed the officials of Federal Service for Ecological, Technological and Nuclear Supervision with an urge to involve mobile communication and social networking sites in order to inform the residents of the Khabarovsk Territory.

At the present moment the water level in the Amur has reached the mark of 667 centimeters.

The Mayor of Khabarovsk encouraged the city’s population to reduce water consumption by 30% per cent. He explained that this measure will help to unload the water disposal system and allow it to work without failing.