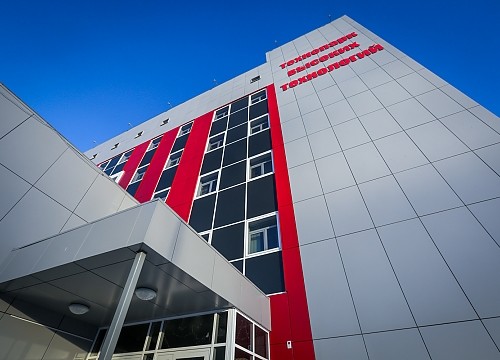 Last weekend, on December 27 and 28, two technology parks were opened in Russia:  "Zhiguli Valley" in Togliatti, and "Rameev" in Penza. Head of the Ministry of Communications Nikolai Nikiforov attended the opening ceremony.

The Minister said that the federal program "Creation of high-tech technology parks in the Russian Federation" is now fully implemented, the program was in development since 2007. According to Nikiforov, 7 technology parks were launched in 2013, and another 5 were opened in 2014. Works on all facilities were completed on time and within the allocated funding.

Construction of technology park "Rameev" was launched in 2011 with more than 2.5 billion rubles of allocated funding. The park was named after Bashir Rameev – creator of the first Soviet electronic computers. The first construction phase of the facility was completed in 2013. Now, the park hosts 9 resident companies specializing in advanced medical and information technology. The total volume of revenue is about 30 million rubles.

Approximately 5 billion rubles was spent during the construction of "Zhiguli Valley" technology park. The park has already approved applications from 131 companies planning to work here in the sphere of IT, space technology, medicine and chemistry. Characteristic feature of the park is that in addition to office space it has pavilions for high-tech equipment.