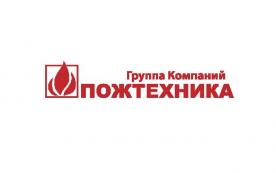 Russia, Kazakhstan and Belarus prepared a draft of the project of technical regulations for fire safety. The draft of the legislation now has to be finalized by the Eurasian Economic Commission. During the summer technical regulations are going to be discussed by the general public on the Eurasian Economic Commission’s website.

RUBEZH magazine interviewed an expert in the sphere of fire safety and asked a question regarding the impact of technical regulations on the producers from the three countries. Development director of the State Corporation “Pozhtehnika”, Mr Aleksei Leikhner states that the industry will be faced with serious changes due to enactment of the technical regulations: “All companies within the industry are looking forward to enactment of the unified technical regulations for fire safely for the Customs Union member states. We have been waiting for this legislation for a long time. Because of the lack of a unified regulatory system, there are a number of obstacles, which interfere with our work on the local markets.”

"Kazakh and Belorussian companies are nervous about the coming legislation, while the Russian companies are excited about it. The local companies fear competition, which comes from the top Russian producers that have a lot of experience. It means, that there is no more place for their “peaceful, competition-free” existence”, - says Mr Leikhner.

According to the expert, Kazakh and Belorussian markets have their peculiarities, which block successful sale of the Russian products on their markets: “Sometimes it is difficult for Russian producers to find common language with the normative and certification institutions of these countries. There are only two opinions, which have the right to exist: one is their opinion, and the other is the wrong one. I know companies, which underwent certification process in the Republic of Belarus, and it was a real durability test for them.”

According to Mr Leikner, the process of enactment of the technical regulations for fire safety has been a long one. In has started in 2012. “According to our information, this process will have to be finished by the beginning of 2015. We can only count on and welcome the forcing of technical regulations’ signing in the light of establishment of the Eurasian Union. For now there is only faltering hope for acceptance of unified technical regulations. But, I am practically sure that the disagreements between Ministries of Emergency Situations of the three countries are bound to continue.”