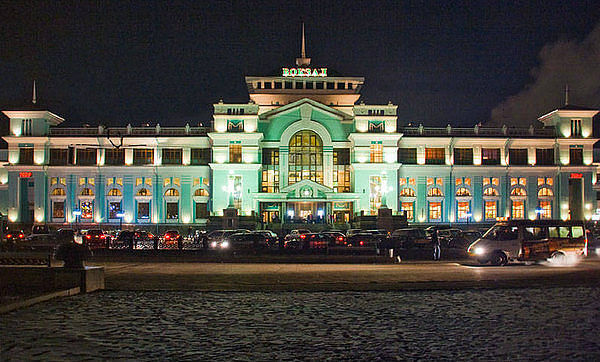 Integrated complex security system is being installed at the main railway station in Omsk. LLC “Vokzal-Infocom” supervises the installation process. As reported by the press service of Russian Railways, the work on the system has entered the final phase. It is planned that the system will help to reduce terrorism risks at different facilities of railway station infrastructure.

Head of West Siberian Branch of LLC "Vokzal-Infocom" Anton Wolf has shared the project’s details with RUBEZH magazine. According to him, Omsk central railway station is being equipped with extended functionality system, which combines all engineering and security systems: video surveillance, fire alarm system, access control system, escalators, lighting, air conditioning, ventilation, heating units, etc. All systems are deeply integrated – in case of alarm on a facility, a corresponding camera begins to actively monitor and analyze the situation. The system uses equipment from manufacturers "Bolid", "Argus Security", and "Beward".

“Vokzal-Infocom” installed approximately 100 cameras on the territory of Omsk railway station. All cameras feature Full HD definition and 25 frames per second record speed; recordings are stored for 45 days and then transferred to the Railway Stations Directorate. In addition, the system features extended analytics functions: the system detects abandoned possessions, crossing of railway lines in the wrong places, metal detector evasion, and then transfers corresponding video files to the police.

According to Anton Wolf, the company has recently reached an agreement with internal affairs agency on the integration of security system of the station with the Safe City project of the city.

LLC "Vokzal-Infocom" is engaged in the design, development and construction of security systems throughout Russia. The company has already implemented a number of projects, including security systems for all Sochi railway stations and many facilities of the Moscow Railway Stations Directorate. However, the project in Omsk is unprecedented in its scale: this is the first time the company engages in the installation of systems with such enhanced functionality and deep integration.