SIPS South: The Crowd Is Getting Thin

SIPS South: The Crowd Is Getting Thin

One of the first security industry exhibitions of the autumn did not bring sunshine to the market. SIPS-2014 "Protection, Security and Fire Safety in South Russia" was conducted in Krasnodar in September 2 - 4. This year, 28 companies, mostly Russian, participated in the exhibition. Only Hochiki Europe (UK) stood out as a foreign guest. In general, the number of participants has dwindled significantly. The fate of the event and its format for 2015 is not clear even to the organizers. 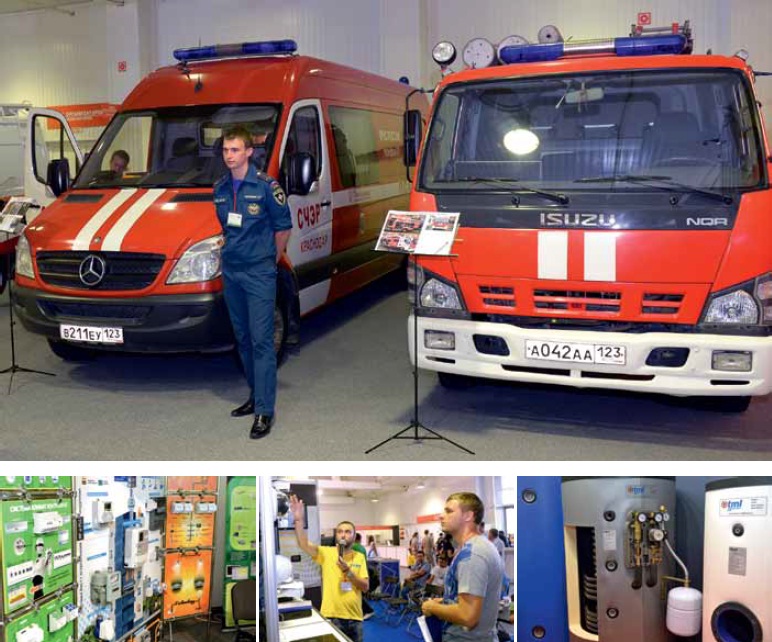 Participants of the previous years used to name the upcoming Sochi Olympics as one of the main reasons for the interest to SIPS in Krasnodar. With the event’s completion the exhibition has lost its main newsmaker, a scale reduction of 2014 speaks for itself - a total of 28 participating companies. Only two years before the Olympic Games (in 2012), the exhibition was attended by 220 companies from 13 countries. In 2013, when major contracts for the works and equipment supply for the Olympic facilities have already been signed, the number of participants has dropped dramatically to 37 exhibitors. Exhibition areas have also been reduced. However, some companies found this year’s exhibition as a good opportunity for new customers and contracts. A small number of visitors was compensated by productive work with the target audience. According to the organizers, the future of Krasnodar SIPS will be discussed soon. However, the final verdict will be rendered no earlier than April next year and MIPS exhibition in Moscow.

RUBEZH magazine interviewed the participants and asked about the impressions of the event and about its possible development.

Sergei Minevich, engineering director, trading house “Dean”
The exhibition is gradually dying, although it has its own constant target audience. I am not sure that we will participate in the next year. The problems here are the same as they were in the past: the air is very hot, the lighting is poor, the staff is unprofessional. The number of visitors has become very small, although this event was widely advertised in the city. One of the reasons for the low attendance may be the oil and gas exhibition, which takes place nearby.

Alexei Rakshin, CEO, LLC “Techno-AC”
My impressions are not the best. The exhibition is fairly weak: there are very few visitors, as well as participants. I think everything is coming to its closing.

Yuri Kargin, business director, LLC “TGV” (“Heat and Gas Supply and Ventilation”)
The exhibition is weak, the visitors are very few. We won’t be participating the next time, as we see no opportunities here.

Lev Bobylev, development manager, Ural Special Coatings Plant
This is our first time in Krasnodar, but it is very noticeable that the visitor attendance drops significantly in the afternoon.

Alexander Yamin, head of sales office, СJSC «RUVinil»
I’d give this exhibition 3 points with a stretch. Half of the exhibition hall is closed – there are not enough booths and people. If the format persists, then there is no sense in coming here next time. 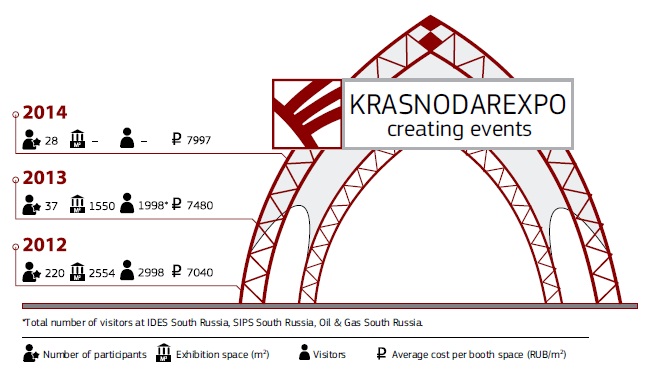 Alexei Nuzhdin, advertising manager, LLC “Pozharnaya Avtomatika” (“Fire Safety Automatic Devices”)
My general impressions are positive. I think that they chose a good time – there are three exhibitions on the same platform. I think there will be more people in the next year.

Mikhail Kushnir, chief engineer, All-Russian voluntary Fire fighter association of the Krasnodar Territory
I’d like to see more visitors, but it is a weekday and maybe this is the reason for the low attendance. However, the audience here seems very interested and we are working intensively. We will participate in the next year, definitely.

Vladimir Sobolev, director, LLC “Keno”
Compared to the last year, this year’s exhibition is very weak, the number of participants is a lot smaller, and we don’t see anyone new. There is a very humble advertisement campaign of the event in the city. We think that there will be even less opportunities in the next year.

Alexander Arkhipov, economist, “Ogneborets” Companies Group
Although there are few visitors, we are working very productively here at SIPS. It is hard to say what will become of the exhibition in the next year, but we will surely participate.