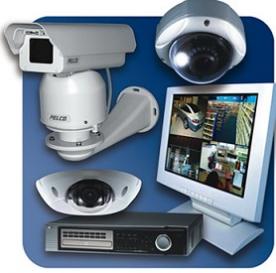 Alexei Semenov, CEO of "Plasma-T" said that the company is going to work in the region through business partners and suppliers. "We are already building good relationship with Crimean organizations that liked our equipment." "Mavili Vostok" company has similar plans, according to CEO Rustem Yuldashev.

Alexandra Krasiuk, Manager of Public Relations And Advertising of IronLogic said that the company is actively selling its products in Crimea already.

Michael Chichvarin, Business Development Manager of Mobotix believes that in order to install modern security systems in Crimean state institutions it is necessary to count on substantial government investments.

Stepan Tarasov, CEO of "New Technologies Era" said that the company is interested in Crimea, since it is a region with a large number of schools, educational institutions, places of culture and leisure facilities with high security requirements.

In April, RUBEZH representatives met with officials of the regional authorities. The result was an agreement to equip schools and kindergartens with fire alarms manufactured in Saratov.

Vladimir Lipov, Marketing Director of "Altonika" said the company is planning a series of discussion meetings in Crimea. "We have long history of relations with Crimea, we have installed a large amount of our equipment there," – commented Lipov.

Igor Afanasyev, Director of Sales and Marketing of "Eternis" said that the company has already conducted research and marketing activities to understand with whom to collaborate in Crimea. "There is a problem with water supply, so our powder fire extinguishing modules will be very useful" – said Afanasyev.

Ilya Kaliagin, Brand Manager of "Amicom" said Crimean executives have already contacted the company. However, "The Crimean Problem" is now "set on pause" due to logistical problems.

Dmitry Kiselev, Head of Marketing of "TECO" also noted problems with logistics in Crimea, but expressed confidence that the company will work with the region.

Sergei Kusov, Head of the Propaganda Department of LLC "Recognition Technologies" said that the company has a great interest for the region. "They will be giving out new vehicle registration marks, and therefore there will be a high demand on devices that could monitor them. The roads are in poor condition, and in order to monitor them, our products will come as essential"- said Kusov.

ADL Company expects to import products to Crimea from Krasnodar. "We have been contacted by Crimean representatives, - said Advertising Manager Artem Kuramshov. - They are interested in our pumping systems."

Victor Frolov, Marketing Director of "Siberian Arsenal" said that the company is going to ship monitoring systems to the region.