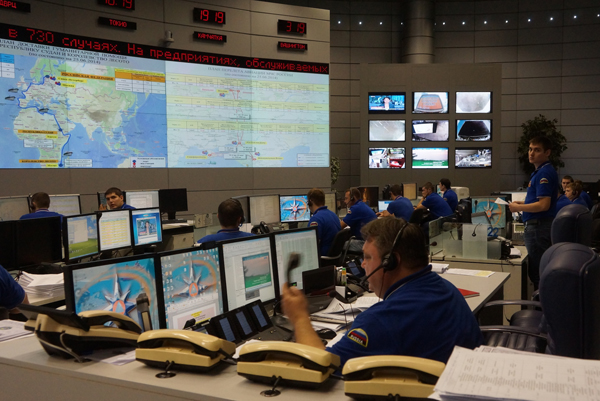 Russian Ministry of Emergency Situations has been working on the development of information system for the past five years. The system brings together more than fifty original systems developed by Russian specialists and allows on-line tracking of both occurring and predicted emergency situations anywhere in the globe.

Thus, employees of the National Center for Crisis Management, which will gather information about emergencies around the world for 24 hours every day, will be kept informed about all accidents due to the modeled volumetric image projected onscreen.

According to Vladimir Stepanov, Deputy Head of the Russian Ministry of Emergency Situations, five systems were already merged successfully. In particular, the ministry continues to develop the Integrated Public Warning System (KSEON), which allows for simultaneous notification of more than 60 million citizens through terminal complexes located in crowded places - airports, railway stations, etc.

With the help of Automated Radiation Monitoring System, it is possible to determine radiation background in the 30-kilometer range of nuclear power plants.

LIDAR system that combines stations based in Moscow monitors the status of air masses.

The system also includes a Tsunami Warning System (TWS), which has been positively proven during the recent earthquake in Japan.