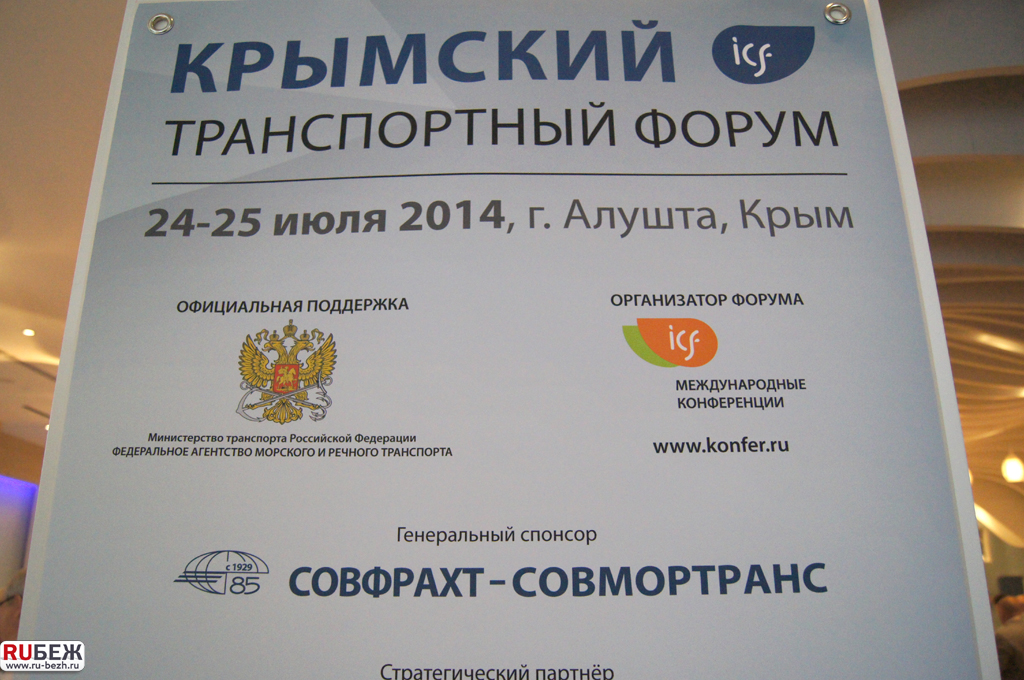 Managers and owners of transport companies, cargo companies and other organizations with interest in the macro region announced their participation in the forum. Heads of federal and regional state and commercial structures, owners of stevedore, road, railroad and cargo transportation companies stand as official business partners of the event. Even before the opening, only due to the composition of participants, the Crimean forum acquired status of a key industry event for maritime, road and railroad transport businesses specializing in the Azov-Black Sea region.

Personal participation of Russian Minister of Transport Maxim Sokolov became a significant characteristic of the forum. The minister’s appearance was not stated in the opening program, but the forum began its work with Sokolov’s speech. In his speech, the minister noted revival of transport links between Russia and Crimea and increased airport capacity for flights from Russia. At the same time, Sokolov outlined the vector of state interests in connection with the transport structure. In particular, the minister described the current state of the Crimean Republic transport infrastructure as "falling short of modern standards".

The minister’s point was further developed by subsequent presentations of representatives of transportation and logistics companies. In particular, Dmitry Purim, CEO of LLC “Sovfreight” talked about the process of creation of company’s separate divisions in Crimea, which are now trying to sustain the demand for freight and cargo transportation in Russia through Crimea. Moreover, according to the speakers, there is hardly an easy way for Crimean transport industry, many speakers noted the probability of international isolation of Crimea until 2020. According to members of the forum, this fact should be considered while building an updated transport and logistics system of the region.

Among the problems that need to be solved by transport and logistics companies in Crimea are: reorientation of cargo flows, changes in the conditions of goods delivery and introduction of electronic document management. In this regard, Russian companies will have to rely on their own resources or state support in the process of development of transportation in the Crimean and continental ports, as well as in the process of development of passenger and freight transportation as a whole.

First Deputy of State Duma Transport Committee Mikhail Bryachak noted the forum’s economic importance. In October and November, deputies will begin to review the project of federal budget draft for the coming years in the so-called zero reading. It is possible that some items of expenditure for the development of transport sector will be additionally supplemented and corrected following the results of the Crimean Transport Forum.