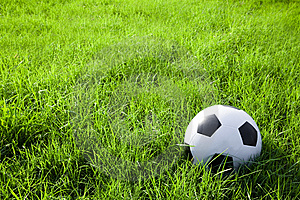 Russian Football Premier League and International Centre For Sport Security (ICSS) signed a cooperation agreement yesterday, on November 11. The work will be focused on improving the comfort and safety of players and fans attending matches. For Russia, these two components have become indispensable conditions for the forthcoming FIFA World Cup, which will take place in Russia in 2018.

Following the signing, colleagues discussed the work plans for the future. The Russian side will prioritize activities on acquiring international experience in designing of safe sports facilities. The second most important task will be to ensure the safety and comfort of fans.

Emanuel Medeiros, Executive director of the European ICSS Department named the Russian Football Premier League a leading organization in world football. According to Medeiros, the signing of the cooperation agreement will come as a new milestone in the development of law enforcement in Russian football.

Sergei Pryadkin, President of Russian Football Premier League, also noted benefits of cooperation with foreign colleagues, and said that the exchange of experience, the growth of police presence, clean stands, identification system and new system of ticket sales form a good foundation for the future work and the prosperity of Russian football.

Earlier, RUBEZH magazine repeatedly reported that all cities hosting world cup matches are working on the improvement of sports facilities security. For example, Luzhniki stadium will have a brand new access control system with face recognition cameras. The system will ensure the safety of fans and players – a critical condition discussed during the signing of the cooperation agreement between Russian Football Premier League and ICSS. The face recognition system will restrict access to the stadium for hooligans "blacklisted" by the Ministry of Internal Affairs.