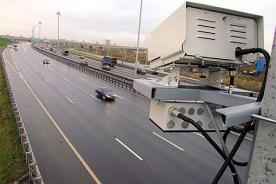 By the end of 2014 Traffic Management Center of Moscow intends to implement analytical surveillance system capable of detecting car accidents and other emergencies on the roads.

Mr Alexander Evsin, head of the Center, informed the web-paper M24.ru that specialized software will analyze video stream from 2500 road surveillance cameras and register problems. Any deviation from the “correct” behavior on the road will be qualified as an emergency situation and will be detected by the system. The Traffic Management Center is primarily concerned with car crashes, traffic jams, people going into the tunnel. Software is going to inform about an emergency situation, and the decision on solving this situation is going to be made by an operator (the staff is going to consist of 30 operators). An operator is going to decide which service representatives are to be sent to the emergency scene, whether it is needed to change the traffic lights phases, or change the mode of public transport traffic.

City authorities are also planning launch of the acoustic monitoring system. Cameras will be able to detect sounds of shooting, explosions, noise of crashing cars, shouting, and other potentially dangerous sounds. In case of signals from the software camera lenses will focus on the spot the sound is coming from to register the situation. Right now the pilot project on launching this system is on.

According to Mr Mikhail Korenev, head of the situation room at Moscow Administration of State Traffic Safety Inspectorate: “Modernization of the Center is still going on, - lieutenant-colonel Korenev said. – Improvement of the software is under way. Search for incidents and active alert system are necessary to us. It is next to impossible to control two thousand cameras simultaniously”.