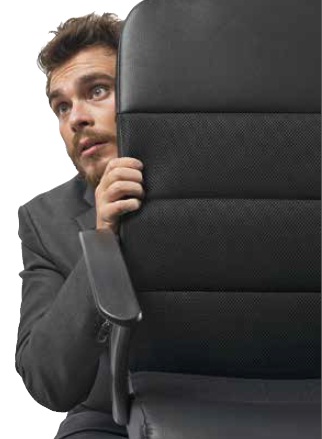 December price leap did not spare the security systems market. Judging by the scale of adjustments in price lists, it is now evident how far the industry is from the expected import substitution. In a desire to preserve image, companies often avoided public mailings informing about price increase. As a result, contractors were unable to get a clear picture on the overall situation in the industry. Meanwhile, as RUBEZH magazine found out, price fluctuations has lead to structural redistribution in the majority of industry segments.

Trading houses were among the first companies that reacted to the weakening of the ruble. Minimal increase in prices for security related products reached 10%. In particular, this is the figure by which PERCo company has increased prices on electronics in December. Scientific-production association "Altonika" announced a price increase of 15% and recommended ordering popular models with steady demand beforehand. Prices on cable products market also rose by 10-15% - since December 17, 2014, at least three core companies “Parity”, “PozhTechCable”, and “Cable Arsenal” have increased their price tags.

The intensity of price fluctuations made the work of companies in December really troublesome and sometimes feverish. "Our suppliers send new information literally every day - said Andrey Vasilyev, Business Development Director of trading house “Dean”, in his interview to RUBEZH magazine. – For example, in one day “Bosch. Security Systems” have raised their prices by 47-70% immediately. Some companies follow the dollar exchange rate - one company has established the dollar to 78 rubles. The average price increase in December has levelled at 30%. Although there were exceptions: one company working with cable production has suddenly lowered the price by 15% at the peak of currency fluctuations."

It is clear that distributors operating in Russia are forced to follow a policy that is being imposed by vendors. CEO of "Aktiv-SB" Mikhail Bialy commented: "Changes in prices largely depend on the strategy of suppliers. There are those who link their prices with conditional currency units, and their prices keep rising in proportion to exchange rate fluctuations. There are expensive brands as well, Axis for example - there are no significant changes in ruble prices with such brands. For other brands, such as Beward or Hikvision, the raise is evident. Trading house “Mig” has also translated prices for imported equipment into dollars. However, many market participants believe that this approach could scare off even the trusted customers.

Only companies with their own production bases in Russia have managed to assume a relatively advantageous position - price changes did not become a matter of survival for them. Experts see a very simple explanation for this fact: while their stock has ruble-valued components, such companies can produce products with the same ruble margin (for example, for Polyvision, ruble-valued left-over stock items helped to keep the prices unchanged until the end of 2014). All other players in the market tried to reverse the growing price gap for foreign currency purchases and value of goods while having ruble prices. "We are raising the prices for imported equipment purchased in foreign currency, in accordance with the policy of the Central Bank", - said Fedor Zhidomirov, Chief Executive Officer of “LUIS+”.

It came to the point when in December some companies began to think about the complete change of their pricing model. "We are working on import contracts, so that all deliveries and invoices were originally in euros. However, due to the situation in the Russian market, we will analyze the new terms of customer service, new motivational suggestions in the form of additional discounts and promotions to help smooth the exchange rate leap"- said Konstantin Uzkov, Head of SimonsVoss Technologies GmbH representative office in Russia.

The b2b-market format has made hostages of circumstance out of those who work with customers – installers and retail resellers. "The price increase is unlikely to be fully passed on to customers - they will simply refuse to pay for systems that are not necessarily in accordance with the law, or they will move to cheaper Russian models," - says Boris Yaryshevskiy, Board member of the National Association of Technological and Price Audit.

Realizing this, some trading houses were quick to assure their customers that they were valued above the "live" money. In support of their position, they suggested new work conditions, using the “golden mean” principle. "First of all, if a customer wants to buy the product by today's prices, it is necessary to stabilize these prices by prepayment. Nobody wants to give installments plans now and receive money later. In order to give some sort of “incentive”, we have launched an anti-crisis action: we have locked our prices in rubles for warehouse goods until the end of January 2015” - explained the approach of trading house “Videoglaz” Andrey Vasiliev.

Nevertheless, events in the market did not always allow to keep the loyalty of customers, and sometimes customers themselves. Some distributors have been forced to reissue bills for already ordered equipment with the new prices. Market players do not hide this fact - in conditions of such extremely high uncertainty, it was sometimes possible to save face in front of customers by suspending shipments before the official publication of updated price lists by suppliers. "We tried to tie imported equipment to the exchange rate as effectively as we could. However, serious risks were present even in this case: for example, when there was a "rally run" of purchases by the old prices on December 16, managers sold their goods by one price, and on the next day suppliers billed different, higher prices. In addition, we kept revising our product range. In particular, for some items, managers of "Aktiv SB" were warned that if an item is not available, then orders will not be taken,"- said Mikhail Bialy.

However, customers of trading houses showed understanding of the situation and the associated disruption of established work patterns. "The policy of the majority of trading houses is justified, they are trying to protect themselves. I hope in the new year the quota of payments delay will be restored,"- said Grigori Hramtsov, CEO of Axdom. Nikolai Protiraev, Head of LLC “Tokman”, supported his colleague: "Delays tend to cripple the performance of all contract parties: goods delivery times are off, assembly deadlines get stretched, payment terms get displaced. Therefore, a clear timeline is mutually beneficial for customers, contractors and suppliers. This must be the norm."

Experts interviewed by the magazine, believe that the market did not experience the full range of difficulties on the eve of 2015. Many of the industry’s "whales" managed to hold their ground and avoid losses in the conditions of December price fever due to accumulated reserves and planning. Marginality was

reduced, but the profitability of the business remained within survival possibilities. Even small and medium-sized companies were able to find resources to continue their activity. A head of a large trading company, on conditions of anonymity, explained to the magazine that only very small companies had to close down, and so far, no more than 5% of players have left the market. This outcome confirms the thesis that the December price increase did not lead to fatal changes, and that it was a prerequisite for something worse.

The growth in trading activity, triggered by the first price increase, allowed many players to solve tactical problems: some hurried to get rid of the stock, while others filled their warehouses with equipment for installation and for different integrated projects.

In order to hedge risks, wholesale customers actively used shares of trading houses, and bought equipment and supplies for the future by the prices of 2014. However, only closer to February, it has become clear for which companies the surge in sales has become a springboard, and for which it led to agony. Boris Yaryshevskiy explained the positions of sceptics: "Activity in the market which was linked to the New Year and Christmas has declined substantially. In parallel with these directions, it would be correct to search for alternative suppliers in Russia and opportunities to reduce running expenses."

Market participants are unanimous in their predictions considering the beginning of the business year: the industry expects a new round of "natural selection". Thus, according to estimates conducted by installation companies, prices for imported products may grow by 20-50% for the end customer. Depending on that, demand structure and composition of market players will change. "With a 50% increase of the costs, the majority of the projects on small objects will be frozen. Small business in the field of security may face insurmountable difficulties ", - predicts Grigori Hramtsov.

Experts are adamant in their belief that there will be less players in the security market. "The number of trading houses and online stores will decrease. There will probably be less of installation companies, a number of OEM-brands will leave the market, the industry will shrink, "- says Mikhail Bialy. According to Fyodor Zhidomirov of "LUIS +", the best chances for survival in this period will be retained by suppliers and distributors with wide warehouse selection – this will help to neutralize price fluctuations: "In any unstable situation, the priority is given to direct and fast delivery from the warehouse, but not for long expectation of delivery of equipment from abroad."

Nevertheless, the rough scenario of 2015 promises not only threats for the market. According to Vice-President of the National Institute for System Studies of Entrepreneurship Vladimir Buev, the risk of exhaustion of the lower and, more importantly, the middle segment of consumers of security systems for which such costs are included in non-core expenses as a sign of "good times", will become a restraining factor for uncontrolled overpricing and a stimulus for the development of import substitution. In addition, Buev thinks that the upper segment of consumers in the face of large companies and customers "will articulate a niche demand for more expensive, but quality products", since the need for security expenditure increases in times of crisis due to crime problems.

Another growth vector, as experts suggest, will be focused on import substitution. On the one hand, the opportunity of abandoning the import of security systems completely will not be available in Russia in the next 5-6 years. This period is necessary in order to let domestic manufacturers reach the full cycle production. This circumstance, however, guarantees the formation and implementation of medium-term programs for the development of such industries, which clearly is a positive trend, considering the context of economic uncertainty. Market experts expect to see priority state support for companies working in the leading segments of development, anti-terrorist and screening equipment, communication systems and alarm systems. Further development of projects that compete with "smart houses" - in particular in the framework of "Skolkovo" and Kazan Innopolis is also expected.

Prior to market stabilization, demand focus will shift towards essential low-end ruble-priced models of equipment. Fire alarms and fire extinguishing systems will keep their traditional high demand (prices are rising slower compared to other types of security equipment), as well as basic video surveillance and access control systems. Add-ons like built-in analytics algorithms or complex solutions are likely to drop to the bottom of the sales lists. On the other hand, companies that offer these services and products will be have time for improvement – a lot of investment will move from procurement to the R&D field.