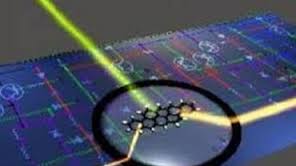 According to Pavel Ivanov, Deputy Head of the Department of Industrial Innovation of Regional Ministry of Industry, Business and Trade, new microchips work on the optical principle, which will help with the development of small-sized devices with low power consumption.

The organizations received a mega-grant of 160 million rubles for realization of the project.

One of the advantages of such chips is that photons in the chips’ composition have no mass and electric charge; this allows photons to transmit information almost instantly, while electrons lack such ability.

As explained by Anatoly Volintsev, Professor of Solid State Physics of Perm State National Research University, currently, information is transported using fiber optic cables. After, the data is converted into electronic form via electronic microchip processing, then the information is converted back into the form of light rays. According to Volintsev, photonic chips help avoid unnecessary transfer of information from one form to another, which greatly increases the speed of data transfer and allows to avoid possible errors occurring during the conversion.