Participants of SibSecurity Note Changes in The Exhibition’s Audience

Participants of SibSecurity Note Changes in The Exhibition’s Audience 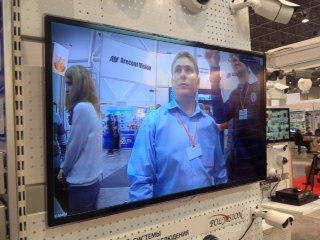 The first day of a major b2b security products forum in Novosibirsk “SIPS-2014” has brought a pleasant surprise for its participants. Most of the exhibitors note a decrease in the number of visitors compared to the previous years, but also say that the proportion of the target audience (experts in the field of security systems) has increased.

"We thought that this will be our last time at SIPS, - said Dmitry Korolyov, representative of LLC "Parity", - however, since the very first day we were surprised by the activity of visitors and their interest in the products. This is probably due to the phenomenon of information hunger; specialists in the region are very active".

According to technical director of trading house "Dean" Sergei Minevich, the number of visitors compared to the last year is noticeably smaller. However, he notes, there are more people who came to the exhibition not out of idle interest. "It's hard to say that the target audience of the exhibition has grown, perhaps it is the same, but I can’t help but notice that there are more people interested specifically in technical details" - says Sergey Minevich.

"Dean" attends SIPS for the second time and in the last few weeks has demonstrated a completely new format of CCTV in Russia - aHD, which was presented in February of this year by the Korean developer Next Chip. To some extent, the format is an analogue of the existing HD CVI (Dahua) and HD TVI (Hikvision). It allows transmission of HD analog signal by coaxial cable for distances up to 500 m. The company’s booth had a camera with an aHD chip connected to the DVR by 750 meters cable. The loss of image quality was negligible, especially considering the fact the officially supported 500 meters length was exceeded by 50%.

Not all market players are unanimous in their opinion that SIPS was a surprise in terms of the number of target audience. For example, CEO of "Grumant" Anatoly Hazov noted that such events have become more oriented to corporate image rather than to economic discussion. Being one of the biggest players in Siberian security market, "Grumant" demonstrated their new product at SIPS - analog cameras with a resolution of 1200 TV lines developed by the company’s Korean partner.