No Plans for Cutting Out Russia from The Global Network

No Plans for Cutting Out Russia from The Global Network 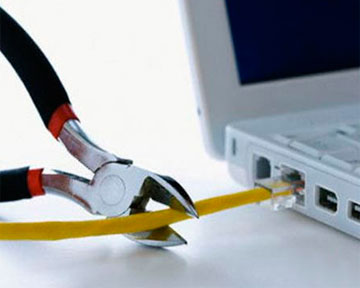 The President's press secretary, Dmitry Peskov, officially denied rumored plans of the state to shut off Russia from the global Internet. According to him, special protection measures in the field of cyber-security are currently under development, "following the unpredictable behavior of the Western partners".

Earlier, multiple news websites reported that that the fate of the Internet in Russia can be decided on September 22 at a meeting of the Russian Security Council. As it was reported in the news, The Ministry of Communications intends to publish the final results of the testing on the ability of the Russian segment of the Internet to resist external threats. Based on these results, a special set of state control measures can be taken into consideration, including such measure as disabling access to the World Wide Web in case of emergency situations. Under such situations the state recognizes, for example, mass protests or military action.

Not much is known about the test itself. The information released by the Ministry of Communications  does not explain what was actually tested. Following the publications, it can be understood that the test was organized by law enforcement agencies such as the Interior Ministry, Federal Security Department, Federal Protective Service, Ministry of Defense, as well as commercial entities related to the Internet industry: JSC “Rostelecom”, Coordination Center for the national Internet domain, Technical Center "Internet "and the Center of computer networks cooperation “MSK-IX”. The Minister of Communications Nikolai Nikiforov supervised the test personally.

The test’s model is also described only in general terms. It is known that the exercise activities were aimed at warding off the "focused negative influence". The sources do not specify what kind of influence precisely, and to what it was directed. Description of response measures is also being skipped over. Publications on the testing mention only the study on how the Russian Internet is interconnected with the global infrastructure and the assessment of communications providers’ readiness to cooperate.

It is known, however, that the result is unambiguous: the Russian internet is vulnerable and requires support of its sovereignty. It is expected that the ability to disable the Global Internet in Russia will become one of the tools of such support. However, Russian users will not be completely cut out from the "World Wide Web", since Russian providers will have to prepare hardware configurations that will allow quick conversion of the Russian Internet into a LAN-like state, unreachable from the outside.