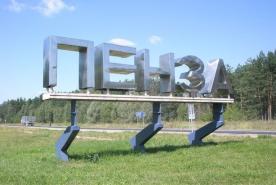 Israeli company Nice Systems will help in the development of the "Safe City" complex in the Penza region. The agreement was reached between Penza governor Vasily Bochkarev and Reuven Elzar, Project Manager of Cyber Developments of Nice Systems.

Vasily Bochkarev announced the intention to create an innovative project, which will ensure the safety of the area’s residents, and which could be applied in other regions of the country in the future.

Reuven Elzar expressed readiness to implement additional projects to the existing “Safe City” system in the region. The company will modify additional systems according to the specifics of emergency services of Russia.

Earlier RUBEZH magazine reported the participation of another Israeli company in the implementation of similar project in the vicinities of Moscow. Experts from Ness Technologies plan to create a control point equipped with analytical equipment in Zelenograd.