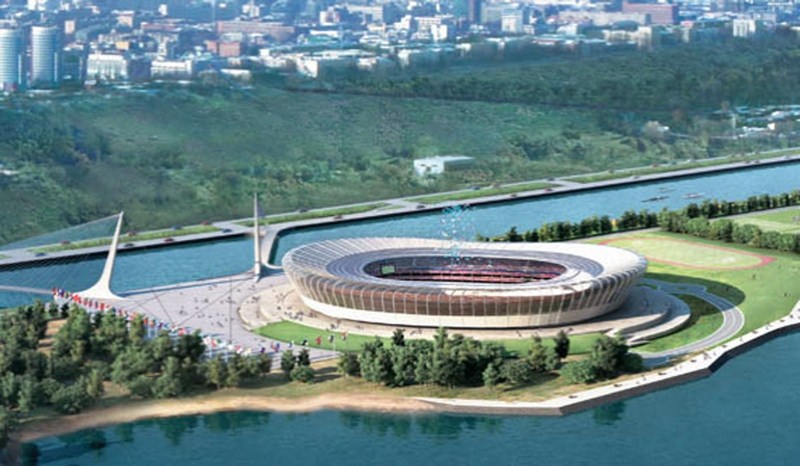 The city of Nizhny Novgorod has received a permission on the construction of a stadium for World Cup 2018, as told by acting governor Valery Shantsev. Nizhny Novgorod became the second of the 11 cities that have already received such permission from The General State Expert Agency. According to Shantsev, the Ministry of Sports will soon sign a contract with a contractor appointed by the Russian Government.

Precisely, the contractor is a "daughter" company of "Stroytransgaz Holding" - JSC "Stroytransgaz", owned by Gennady Timchenko. In addition to the stadium in Novgorod, the company will be responsible for the construction of a sports facility in Volgograd.

It is expected that experts will release a report on "Strelka" metro station during October this year and an agreement on the construction of a highway from the airport to the center of Avtozavodskoy city district will be reached. The building of facilities will be co-financed by the federal budget.

In August 2014, The General State Expert Agency approved the stadium’s project. It is estimated that the project’s value exceeds 17 billion rubles. The work on the stadium construction is scheduled to begin this year.