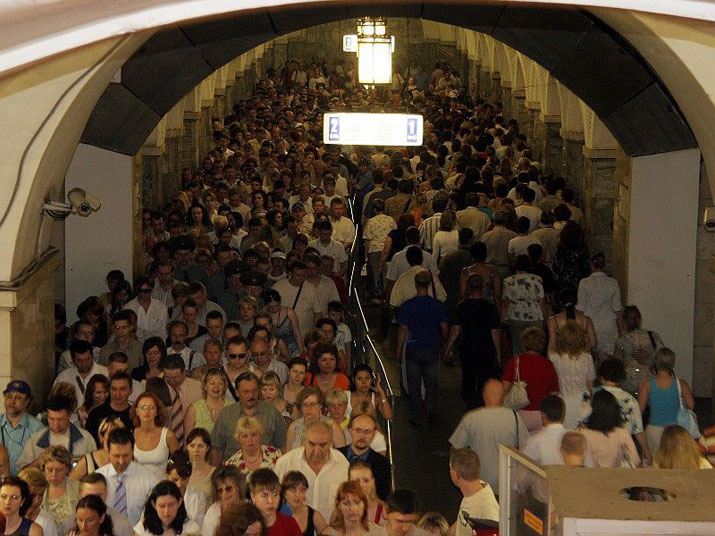 Newspaper "Izvestia" quotes one of the security officers, who said that surveillance cameras installed in the facility provide Image of insufficient quality: “it is difficult to see faces or identify distinguishing features of perpetrators”, - says the officer and adds that this factor reduces the probability of crime prevention and solving by 1,5-3%. Additionally, surveillance recordings are stored for only 3 days instead of required term of one month, which hinders investigations severely.

The total number of video cameras installed in the facility to date counts more than 5,000 units, with total cost of more than 3 billion rubles.

Another problem concerns the organization of access control system currently used on the territory of Moscow Metro. Rostransnazdor conducted an inspection of a number of Moscow Metro technical facilities (depots, workshops) and revealed deficiency in the number of required systems of employee video identification, it was also revealed that systems of transport security were lacking protection against unauthorized access.

Moscow Metro is also hardly protected from terrorist threats. Late last year inspection conducted by Rostransnadzor revealed that the various security services of Moscow Metro had no unified plan of action in case of terrorist attack: "In case of a threat, each service has to operate independently" – reports the agency.

Additionally, Research and Production Enterprise “Ista-Systems” did not provide security plans that were ordered by state for 44 million rubles. Moscow Metro reports that the company had to fulfill the contract by spring of the previous year.

According to experts and specialists, the main problem of Moscow underground transport network lies in the lack of qualified personnel, especially among maintenance staff, which leads to accidents and problems with trains, railways and infrastructure.

According to "Izvestia", 33 incidents of varying degrees of threat were registered in the period from 11 to 17 July of this year, including the accident on Arbat-Pokrovskaya line that lead to deaths of 23 people.

Moscow administration decided to set up a special system of accident registration that will inform Muscovites by means of SMS, mobile applications, city web portals, and information panels in the underground. According to representatives of Traffic Management Center, the system will significantly improve reaction times and efficiency of a number of services.

The new system will incorporate State Unitary Enterprise "Mosgortrans", Traffic Management Center divisions, and citywide dispatch center - these agencies will collect information about emergency situations and transfer collected data to the information center. The data will be available on the transport portal, which is currently being developed on a single mobile platform with the participation of the Moscow City Hall. In order to receive SMS-notifications from the system, the user will have to subscribe by dialing short number 7377. Additionally, notifications can be received via “Moscow Transport” mobile application.

The total project cost is estimated at 3,4 million rubles. It is expected that the system will be ready for use early next year.