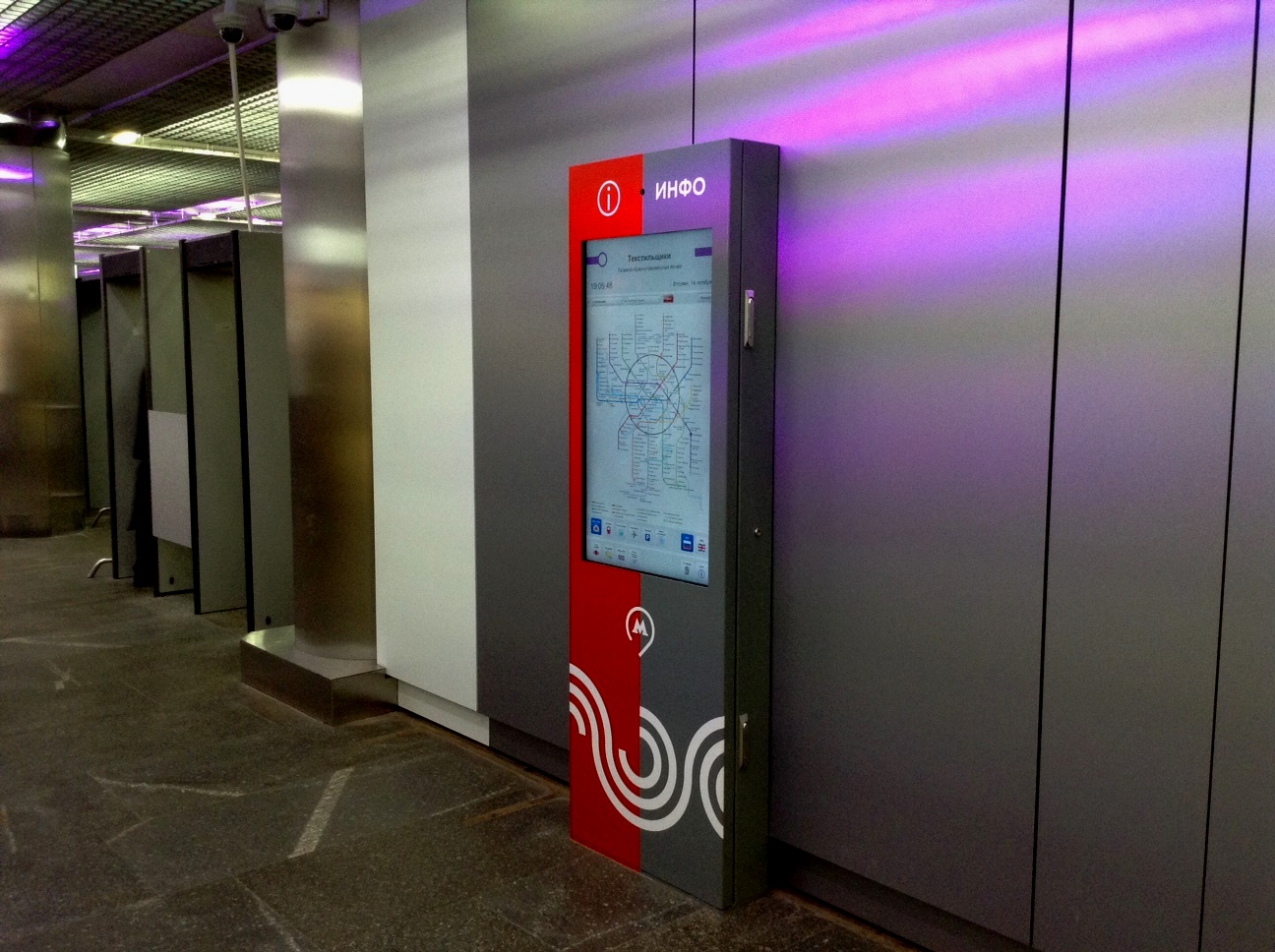 AMT-Group presented new developments for the safety and comfort of subway passengers. Moscow Metro has already installed Information and emergency terminals on stations. New devices were creates as part of the pilot project supervised by SUE "Moscow Metro", Department of transportation and development of road infrastructure of Moscow, and AMT-Group.

Tatiana Moskaleva, Head of marketing communications department of AMT-Group, told RUBEZH magazine that with the introduction of information and navigation system, Moscow Metro passengers can now easily obtain various help information about the metro service and train routes. For example, interactive screens can be used for obtaining directions to different train stations, airports, and bus stations. The system calculates exact travel time, and also indicates the approximate time required for travel to other transport hubs. Passengers can choose whether they want to get to the airport by Aeroexpress train or by regular bus - the system will lay down a corresponding route. Terminals provide extensive information about stations – presence or absence of elevators, parking lots, station scheme and map of surrounding area.

Currently, all information is available in two languages - Russian and English, the company plans to increase the number of translations and to extend the system’s functionality.

"We have been working with Moscow Metro since 1997. Information terminals are part of the complex metro security and passenger service system," – says Moskaleva.

In addition to information and emergency terminals, the system includes the following components:

Emergency terminals feature two-way voice and video communications interface. "This project was also implemented for the St. Petersburg metro. We constantly update all of these systems. We offer a variety of new technological solutions, and test them together with metro service specialists" - explains the speaker.

Emergency terminals were in use for 10 years and have become an integral part of the metro. Tatiana Moskaleva says that the system records about half a million inquiries every year. "About 30% are of information-reference inquiry type, the rest – are of emergency nature. "This category includes requests of medical help, reports of people falling on the tracks, reports of lost and suspicious objects, various emergency reports, requiring the presence of police officers."