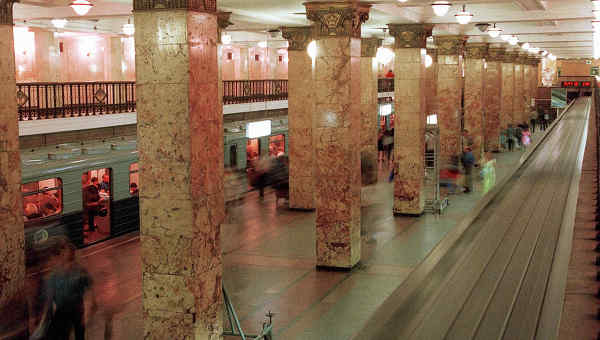 On December 3, state unitary enterprise "Moscow Metro" has announced a tender worth more than 3 billion rubles. The tender involves construction, installation and testing of equipment as part of the first phase of creation of the intelligent video surveillance system for categorized Moscow Metro facilities.

The purpose of conducted work

Enhancing the stability and safety of Moscow Metro transport infrastructure, protection of interests of passengers and staff against acts of unlawful interference, including those of terrorist nature, as well as protection from technogenic and natural emergency situations.

3. Analysis of data exchange within the framework of Automated Control System communication lines (ACS) of Moscow Metro (Phase 1), including the following:

4. Automatic detection and display of alarm situation location by the results of situational analytics:

5. Archiving and storage of at least 1 month (30 days) of video and event information recorded by the system, in accordance with the provisions of the Order of the Ministry of Transport of the Russian Federation № 130 from 29.04.2011.

6. Formation of emergency situations archive with search by the following criteria:

7. Transmission of video data and other information about recorded events to the Situation Center (SC), located in the engineering building of SUE "Moscow Metro", to the control center of transport security, located in electrodepot "Mitino", and to the Unified Data Storage Center of Moscow Government.

8. The possibility of comparing general video surveillance and situational analytics data in order to detect and identify participants of incidents.

Architecture of the "Intelligent video surveillance system for categorized Moscow Metro facilities (Phase 1)" should provide for further expansion of functions in order to address the following tasks of biometric analytics: