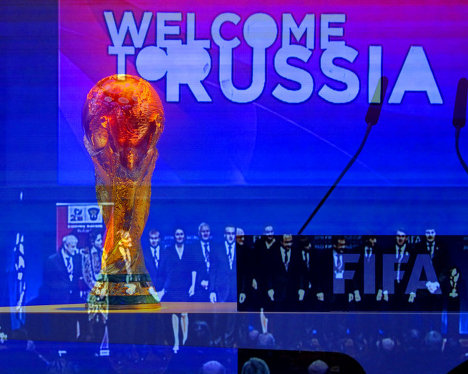 Head of the Kaliningrad region Nikolai Zukanov in response to rumors about the exclusion of the city from the list of 2018 World Cup host cities, said that the issue was not discussed.

"Just the day before yesterday I talked with the Minister of Sports, we discussed problems of the land plot consolidation. Yesterday there was a meeting chaired by the Minister, and the rumored issue was not discussed either", - quotes "Rossiyskaya Gazeta".

According to the governor, the region has already sent the design documents of the city’s 2018 World Cup stadium for state examination. According to the project’s documentation, the construction will cost 15.2 billion rubles, but Zukanov mentioned that the price is subject to change.

Discussion of a possible reduction in the number of 2018 World Cup host cities began at the suggestion of FIFA President Joseph Blatter, who said that the current number of host cities remains 12, but the organization is considering whether this number should be cut to 10. Sepp Blatter explained that the construction of new stadiums could be economically disadvantageous. For example, three of five arenas built for the 2010 World Cup in South Africa now remain constantly vacant.

Following this announcement, Russian media began their calculations on who is going to fall under the reduction. Among other cities, Rostov-on-Don, Volgograd, Yekaterinburg and Kaliningrad were considered. Volgograd was reminded that the city virtually has no transport and hotel infrastructure, Kaliningrad and Yekaterinburg were blamed for the fact that the cities are not able to meet the cost estimates, and “Rostov has big problems”, according to Yuri Belous, President of Group of Companies "FootballMarket".

In the end, Minister of Sports Vitaly Mutko said that while the question of reduction is not on the current agenda, the issue is going to be discussed in the fall of 2014.