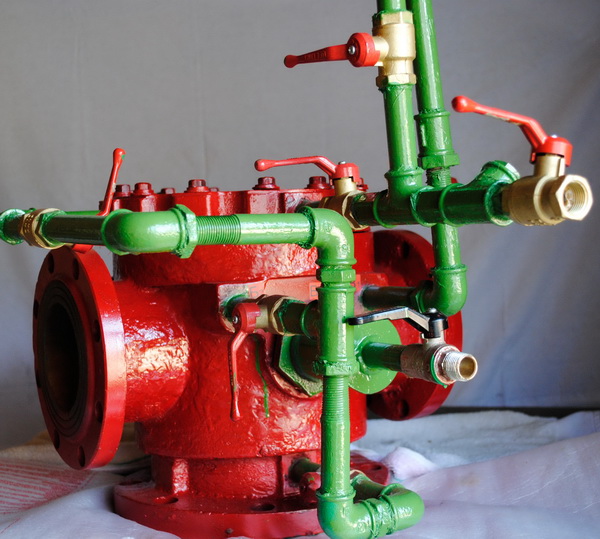 "Primary"-type control device for water and foam fire extinguishing systems of double and triple-action was among the most interesting exhibit items. Belarussian engineers Ruben Chubarov and Anaida Zhilina presented the development.

The device is designed to replace imported alternatives on the market of the country. In her commentary for RUBEZH magazine, Anaida Zhilina noted that the possibility of export to the markets of Russia, Kazakhstan and other countries is also considered.

According to Zhilina, the presented device can significantly reduce the cost of projects and facilitate the work of project designers. Anaida Zhilina named the following advantages of the newest development:

In addition, the newly designed signal starting valve has a much lower weight, and the covered area is increased by 3 times - up to 28 600 square meters.

In a conversation with our correspondent, Anaida Zhilina said that the presented device helped to reduce the number of control nodes from 32 imported models to 17 domestic devices on one of the facilities.

In Belarus, the device has already found its use in one of the Minsk Automobile Plant shops, Minsk Tractor Factory and in several other facilities.

Fire Safety Research Institute of the Ministry of Emergency Situations of Russia has already expressed positive opinion on the development, calling it "efficient and cost-effective". Read more about the device in future issues of RUBEZH magazine.