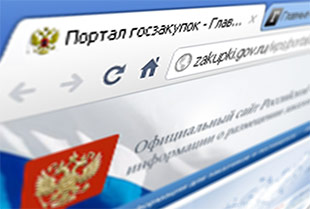 Ministry of Industry and Trade of the Russian Federation suggests introducing limitations on government procurement of imported products within the framework of import substitution program.  From now on 80% of products, which are procured for state needs have to be produced by Russian manufacturers.

The government has to make up its mind on the range of goods by the first of October and make a draft of the governmental act. By the end of the year 2014 governmental institutions and state companies have to develop transition schedules for procurement of Russian-produced goods, which is going to take place before 2017. In the opinion of the executive director of the National Association of Procurement Institutes, Mr Georgy Sukhadolsky: “Total ban on foreign products is not going to do Russia any good.

As a result, Russian monopolists will be strengthening their positions instead of developing competition”, - states Mr Sukhadolsky in his interview to RUBEZH magazine, - “therefore, in this case there has to be a complex decision, this ban has to be compensated with localization of foreign production. In my opinion, it is quite logical to ban products, which are related to security, if there is at least one Russian producer, because the specifics of procurement in the military industry does not presuppose obligatory competition and oftentimes it is more effective to work with the producer that you know without any mediators. If we want to become independent in production of our military companies and in security-related production we have to make sure that there is no “trick” (e.g. microchips) in the equipment, which is supplied by foreign partners, and that it will not fail us. We have to be sensible about banning foreign products in this industry and understand when we can or cannot do it”.

According to Mr Sukhadolsky, sometimes it is more effective to buy a small unit of foreign equipment, than to develop an individual company in Russia for its production, as we have to take into consideration the fact that there will not be plenty of orders, and the price will be extremely high, due to the fact that it is not mass production.