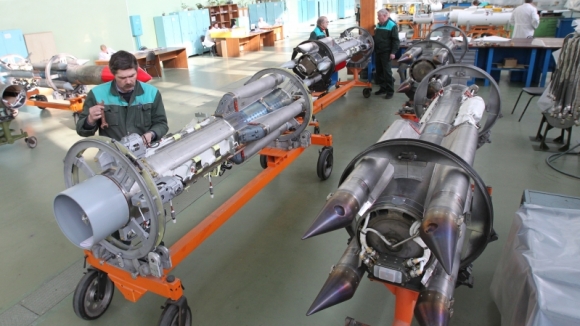 Ministry of Industry and Trade estimated substitution of parts for the military-industrial complex (MIC) with domestic developments at 50 billion rubles - a sum, deemed "quite realistic" by the Ministry of Finance.

Amendments prepared by the ministry to the Federal Law "On Federal Budget for 2014 and 2015-2016 Planning Period" have already reached the Ministry of Finance.

The list of commodities eligible for substitution, compiled and coordinated by specialized agencies, includes more than 3 thousand types of components and integral units currently being manufactured at 160 Ukrainian enterprises for more than 200 models of weaponry, military and special equipment.

It is expected that most of the work relating to import substitution will be financed by enterprises. Although, according to Ruslan Pukhov, CEO of Center of Analysis of Strategies and Technologies, it will be difficult to reallocate resources due to high debentures of at least 50% of the military-industrial complex enterprises. The forced increase in the amount of import substitution in connection with the possibility of defaults in the near future may also present certain difficulties.

In addition, a group of items from the list requires financial support from the state program "Development of Industry and Competitiveness" and from defense procurement.

According to Ivan Konovalov, CEO of Strategic Environment Center, issues with domestic production of helicopter engines and gas turbines used by fleet, have highest priority. It is difficult to find substitutions in these sectors and it is not possible to launch production of the required amount of such items immediately.

As for the majority of small parts supplied from Ukraine, they represent Soviet developments of 1970-1980's period, reminds Konovalov, emphasizing the need for new technology in this area.