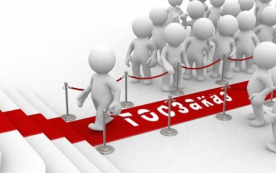 Russian Prime Minister Dmitry Medvedev at a meeting with Deputy Prime Ministers on July 14 said that he had signed a number of documents on supporting domestic industry.

In the context of Russia's WTO membership government intends to utilize procurement through agencies and companies with state ownership as a tool of import substitution. The companies involved in the procedure will be obliged to purchase goods and services publicly, through the official portal zakupki.gov.ru.

"Our state purchases a lot, we allocate huge funds from the budget for goods and services procurements, and, of course, on the basis of general considerations, it will be better if local companies get the money rather than foreign manufacturers - said Dmitry Medevedev - in case when domestic companies are able to compete with foreign manufacturers in quality and price criteria."

Prime Minister also said that he had signed a decree that prohibits state and municipal procurement of machinery and equipment of foreign manufacturing. The decree concerns vehicles for officials and public transport, special equipment, which is used in emergency services, budget organizations, community services, construction companies and in "a great number of other areas."

The decree does not suppose a complete rejection of imported equipment. According to Deputy Prime Minister Arkady Dvorkovich, the word "foreign" refers to machinery, which is manufactured outside the territory of the Russian Federation. If we talk about cars, the Western brands such as Ford, Renault, Citroen and others produced in Russia will not be subjected to prohibition.

By the way, some agencies purchase mostly domestic machinery already. As reported to RUBEZH by press service of the Department of Logistical and Medical Support of Ministry of Internal Affairs, the motor-vehicle pool of the department is formed exclusively of vehicles manufactured in Russia, although it contains brands such as Ford and Renault.

Brands that are being produced in Russia will be deemed domestic if a certain level of localization is achieved. Right now this level is 30-40% and by 2018 it will be raised to 60-70%.

The document also covers the aspect of product quality. In case the quality is lowered customers have the right to decline the purchase, because, according to Medvedev, "usually, after such documents are signed, often comes a certain mood soothing and relaxation: no matter what we produce, they will buy it anyway."