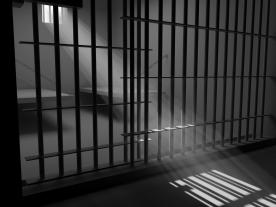 Federal Penitentiary Service is going to develop its own integrated security system in the nearest future. The project will cost approximately 100 million rubles.

The necessity to create a new ISS is due to the fact that the last time a large amount of equipment was purchased it never found its use and now stays untouched. The total cost of “untapped” equipment ​​is 0.5 billion rubles, while the granted expenditure for Federal Penitentiary Service security is 1.9 billion rubles.

According to the newspaper "Izvestia", referring to its own source in the penitentiary department, the money was spent to the purchase equipment for 67 institutions, but part of it was of low quality, and most of the devices were not compatible with each other. The publication provides an example of Magnitogorsk detention center, where the system is still being mounted from autumn 2011. One year after finishing the installation, this ISS will lose its working lifespan status and is due to replacement. Similar problems have occurred in Kabardino-Balkaria and Khabarovsk Territory. In some cases, Federal Penitentiary Service staff signed additional agreements according to which the ISS was not to be moved to the regions in range of the state contract stipulated time, and the equipment remained in supplier’s possession – reports the "Izvestia" newspaper.

According to Federal Penitentiary Service, more than half of the secure facilities (485 out of 906) require updates to their ISSs. This year, the penitentiary department purchased 90 core sets of integrated security systems (4 million rubles for each), but additional software is still needed, as well as cameras and various sensors.

The new system is supposed to have a number of control lines. Video surveillance of prisoners will be conducted both indoors and outdoors. All sensors will be unified by a single software package, and the data will be transferred to special situation centers.

It should be noted that in 2006, Federal Penitentiary Service authorities commissioned engineering services to develop and implement their own integrated security system. The new ISS was designed, was named "Volga" and was installed in four institutions. Then the project stalled due to internal conflicts in the service.

According Margarita Kurchanova, an expert in the procurement market, if Federal Penitentiary Service develops its own fully integrated system, it may gain popularity outside the penitentiary system.

"As video surveillance is concerned, Federal Penitentiary Service’s requests often include hardware manufactured by Beward, “ByteErg” (MVK), HikVision, CNB, - commented Margarita Kurchanova for RUBEZH. - As of fire alarm systems, the service often requests "Sigma-IS", most projects are based on this equipment. Regarding access control systems, the brand "Rostov-Don" is widely requested among the Federal Penitentiary Service-affiliated organizations. Also, as I know, the service recently inquired about systems with full single software package integration. Meaning that if a sensor triggers in one area, a camera assigned to this area goes online, warning message is sent and ACS produces a reaction. This pattern can help avoid problems with combining different systems into one."