Expert roster is to be added to procurement system

Expert roster is to be added to procurement system 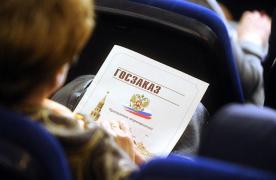 The Moscow state procurement system is expected to be supplemented with an open roster of experts, whose help should be available to every participant of state procurement process. This is reported by “The Russian Newspaper” and is confirmed by words of Gennady Degtev, head of the Moscow City Department of Competition Policy. It is expected that the roster will feature highly skilled professionals who can provide competent and objective assessment of tenders and the chances to win of participants.

According to Degtev, expertise promises to become a form of social control by which corruption in the procurement system can be avoided. Formation of the roster is the near-term task. Discussion of candidates and of the foundations of experts’ work will be held at the site of the Chamber of Commerce  and Industry in the capital. Public organizations are expected to take part in the discussion. Interested people should be able to nominate themselves and make suggestions. Such opportunity will soon be available on the web-portal of the Public Council for Competition. In the future, a possibility of forming expert councils able to work on improving the state procurement process as a whole is anticipated.

Vladimir Lebedev, the vice president of the public organization "Association of Procurement Participants" told RUBEZH that since the beginning of this year lawyers of the association received about three thousand applications from organizations involved in state procurement. "Today, social control actually stands as a non-working tool. A prop. A customer must respond to supervisors’ request in a month, and equally to general requests from citizens. Usually, during this time, all the disputed contracts have long been signed and can only be terminated through the courts. Therefore, there is almost no possibility to influence the situation. That is probably why nobody tries to participate in social control now,"- says the expert.

In general, Vladimir Lebedev welcomes the idea of ​​a roster of experts, however, according to him, he has no illusions about the fact that the experts will be working without any kind of compensation. "Most likely, they will serve someone's interests," - said the head of the public organization. The expert also drew attention to the fact that it is unclear what criteria for choosing “reliable” experts is going to be introduced.

According to Lebedev, the work of councils appears to be useless in the end. The long- term discussion of the so-called trade leveraging can stand as an example. The topic has not found a solution yet.

According to Vladimir Lebedev, experts should be granted only one authority – an ability to suspend a procurement procedure before regulatory authorities will consider expert plea. "But an expert should be able to suspend a purchase with his own authority, for example with his digital signature on a website, and after that address regulatory authorities. Giving experts abilities of direct influence on a customer is unacceptable. There is a very high risk of corruption," - says Lebedev.