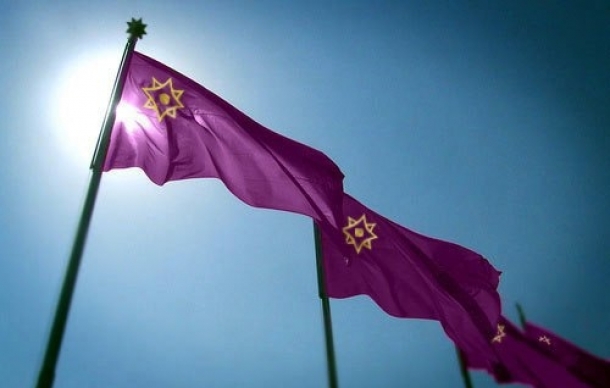 Agreement on the establishment of the Eurasian Economic Union was signed in 2014 and entered into force on January 1, 2015. The Common Economic Space is intended to finally remove administrative barriers and introduce rules of entry and movement of goods in the territory of the member countries. Business has received the most favorable conditions with the help of the harmonization and unification of systems of technical regulation in Russia, Belarus, Kazakhstan, Armenia and Kyrgyzstan, which will be important in the construction of standardized data systems for "Safe Cities" across the Union. It is now enough for manufacturers, suppliers, and importers to confirm once that their product meets technical regulations of the EEU. However, some of the subtleties remain. Players in this business area will have to develop new approaches in the field of certification of products of domestic and foreign manufacturers in order to access the combined market, including the security systems supply market.

Entrepreneurs from CIS had to overcome great difficulties both in production and imports sphere for a long time, since in order to start selling and moving goods within the Commonwealth it was required to confirm the compliance with local standards. For example, the presence of the Russian certificate of compliance for surveillance equipment was irrelevant for Kazakhstan import rules. All this created numerous barriers for trade and industry development opportunities - the main federal law "On Technical Regulation» № 184-FZ, which documented such principles of goods movement, was adopted only in 2002.

The work on the harmonization and creation of a unified database of interstate standards was carried out in parallel with the development of federal laws on technical regulation. Without such laws, it is impossible to produce and realize products in the economy, which was once common but now is divided by the borders.

Considering the harmonization of standards and the creation of a unified system of compliance registration, most of the major problems were addressed at the stage of the Customs Union. The creation of the Eurasian Economic Community ensured the free movement of goods, labor and capital necessary for political superstructures and regulatory framework.

Let us review how it was implemented in practice, and how does the system of certification in EEU looks like.

In the new phase, it is first necessary to note two important innovations - unified registers of certification bodies and testing laboratories (centers), and standardized documents applicable in all participating countries. Standard document issued by an organizations included in the register is valid throughout the Eurasian community. Now we have to evaluate the mechanisms for obtaining such documents.

All products manufactured or imported into the territory of the EEU are divided into two types – products that are subject and not subject to mandatory compliance confirmation. In order to determine which type your product belongs to, it is enough to review the Single List of Products Subject to Mandatory Assessment (Confirmation) of Compliance of the Customs Union Regulations. The list and its updated versions can be accessed on the website of the Eurasian Economic Commission (EEC). The list shall contain the product name, standards and requirements for which the product should be assessed, and the codes of the customs nomenclature (FEACN).

It is necessary to keep in mind that a product can be removed from the list, if a relevant technical safety regulations document is adopted. In this case, the supplier will be required to certify the conformity with technical regulations for such product. The list of regulations is also available on the website of the EEC.

Assessment of conformity with technical safety regulations is conducted with the help of standardized schemes. This matter is governed by the Provisions on the Application of the Standard Assessment (Confirmation) Schemes for Compliance with the Technical Regulations of the Customs Union. The document is quite extensive and is designed for all occasions. It describes nine certification schemes (1C - 9C) and six schemes of declaration of compliance (1D - 6D), in addition it describes state registration procedures other types of registration. 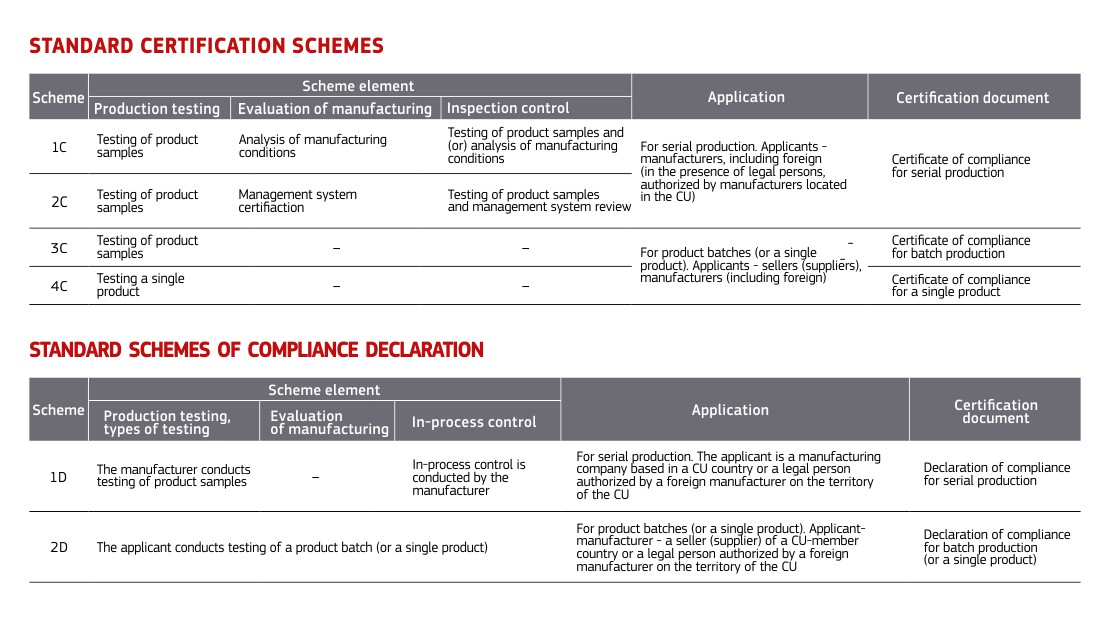 Readers interested in a detailed study of the schemes will be able to get first-hand information on www.tzsouz.ru website. This article presents only part of the overall table by which suppliers, importers or manufacturers of safety equipment may find their certification scheme. By doing this, one can define standards that ensure compliance (such standards are presented in the Unified List of Products and in relevant parts of the document on Regulations).

In general, a product is admitted to trade in the single customs territory if it has passed compliance assessment procedures established in the territory of any participating state under the following conditions:

• tests were conducted in test laboratories (centers) included in the Unified Register;

One should not confuse the movement of goods within the EEU with the importation of goods into its territory. Here, each country is entitled to any additional requirements imposed without the consent of other sides (see Regulations on the Importation of Goods into the Customs Territory of the Customs Union on www.tzsouz.ru website). It is also necessary to remember that not everything is regulated by the customs legislation of the Union. Issues that are not addressed are registered in the national regulations, so it is necessary to check for updates on the websites of national Customs services (www.keden.kz in Kazakhstan, for instance).

For example, the Russian Federation plans to introduce the certification of technical means of transport security. Draft Resolution of the Government was developed by the Federal Security Department and is now in the process of assessment of regulatory impact. According to the project, three schemes will be used for certification - №1, №2 and №3 corresponding to the standard schemes 4C, 3C and 1C. The document does not explain the reasons for such complex numbering. It is also unknown how and when the certification procedures will be agreed with the already existing EEU regulations.

Of course, certification - is not the only area for introducing national requirements. European goods that fall under the Russian retaliatory sanctions is a good example. Such goods can easily be certified on the territory of Belarus or Kazakhstan - the document will be valid in Russia as well, but it will be impossible to sell such products on the Russian market.

Nevertheless, from the point of view of the development of integration processes on the territory of Russia, Belarus and Kazakhstan, there was a major step forward. Rules of the EEU in the field of technical regulations eliminate barriers for business and differences in the field of confirmation of compliance and introduce uniform requirements for the entire space of the Union. This will undoubtedly serve as a stimulus to the development of industry and trade, and will bring many projects, including those in the field of security, closer to the moment of their actual implementation.