"ERA-GLONASS" and "Gonets" Systems Will Be Integrated in 2015

"ERA-GLONASS" and "Gonets" Systems Will Be Integrated in 2015 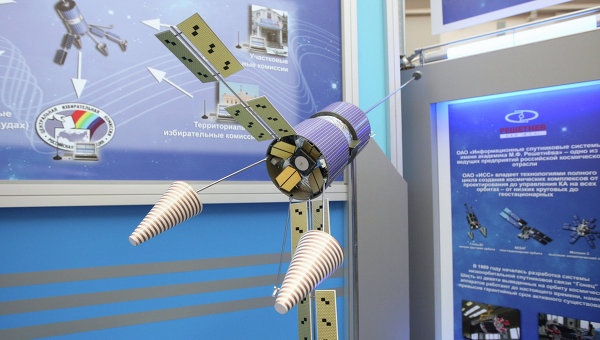 The process of mutual integration of "ERA-GLONASS" emergency response service and the Russian satellite communication system "Gonets" will be completed in 2015. This will create a single navigation and communication space over the country.

Currently, the systems are being integrated on the part of protocols - this is necessary in order to organize a single software and hardware technical base for control centers of the two systems.

Multifunctional personal satellite communication system "Gonets-D1M" ("Gonets") is being developed under the Federal Space Program (FCP) of Russia. As of the IV quarter of 2014, the system has 10 spacecraft (SC) in its orbital group: 9 second generation spacecraft "Gonets-M" and one first generation spacecraft "Gonets-D1". Satellites remain in constant circular motion around the Earth at an approximate 1400 km altitude. Radio visibility zone of a single spacecraft is 4000-5000 km. During a communication, the information is transmitted to the satellite, and then to one of the regional “Gonets” stations, located on the territory of Russia. Regional service areas cover the entire territory of the country.

Dmitry Bakanov, President of OJSC "Satellite System ”Gonets” told RUBEZH magazine about satellite terminals of the system - each set includes a receiving-transmission unit with antenna and a power supply unit. “Gonets” terminals connect to external devices via serial interface, which provides the possibility of integration into various systems. User terminals have a built-in GLONASS / GPS navigation receiver and feature GSM channel support. This allows subscribers to use ground operator networks in corresponding service areas, while satellite channel can be used outside of these zones.

"Gonets" system prioritizes transport in regions with large areas not covered by terrestrial communication networks. "These could be watercraft or road vehicles, special-purpose vehicles, as well as conventional trucks and buses. In addition, the system can be used to transmit different monitoring data for telematics systems. For example, to transfer meteorological observations from remote locations or for transferring data on the current state of pipeline systems,"- said Bakanov.

Integration of "ERA-GLONASS" and "Gonets" systems will provide countrywide access to "ERA-GLONASS" services on the territory of Russia. "Within service areas of terrestrial networks, the system uses the GSM channel, and outside of these zones “Gonets” will be used to transmit critical information,”- summed up Bakanov.