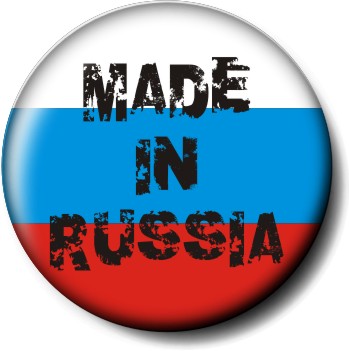 Sergey Tsyb, Deputy Head of Ministry of Industry and Trade, spoke on the government's plans on the use of domestic resources for import substitution in Russia.

According to the interview Tsyb gave to "Rossiyskaya Gazeta" newspaper, the situation improved in recent months. New factories and Industrial parks open In Russia every month. However, the Russian economy is still highly dependent on the supply of foreign products and equipment. In some industries, the import share is over 80%, in machine-tool industry for instance. Such dependency poses a real threat to the economy and national security.

In June, the Ministry of Industry and Trade calculated the share of import consumption for different branches of industry:

70-80% in pharmaceutical and medical industries;

According to Tsyb, reduction of dependency will be carried out through innovation, encouragement of technical industry investments and creation of new industries. Increase in import duties for some products and reduction for certain types of raw materials and components is being discussed as a one of the tools of import substitution. The list of products eligible for the change of import duties rates is yet to be developed.

Tsyb called the development of national standards as one of the measures of protection of domestic manufacturers against bad quality import. Moreover, the government does not forget about state procurements, mentioning the already existing regulations banning imported goods in Defense Procurement. The Ministry of Industry and Trade has also developed a number of draft resolutions on limiting procurement in the field of light and medical industry.

Government investment in projects of research and development and technical re-equipment will be another measure of domestic production stimulation. Moreover, according to Tsyb, such measure is already active in different branches of industry. The so-called reverse subsidies were introduced in 2013 when money either return to the State, or manufacturers receive fines for failing to reach certain results.

Another tool of import substitution is described in The Draft Federal Law "On Industrial Policy in The Russian Federation" prepared by The Ministry of Industry and Trade. The law essentially introduces special 10-year span investment contracts between the state and manufacturers. The contract provides tax privileges, rental payments relief, and other preferences. Investment contracts will help to create and develop infrastructure.

The Industry Development Fund will also become a mechanism of import substitution. The fund will finance reductions of rates for medium-sized businesses that implement investment projects. There are plans on allocating the sum of 19 billion rubles for the establishment of the fund.

In addition, the Ministry of Industry and Trade developed an auxiliary program of industrial parks creation. According to Tsyb, the support of domestic manufacturers does not exclude the possibility of technology transfers, creation of joint venture companies and foreign investment attraction.

According to the calculations of the Ministry of Industry and Trade, all of the described measures will help to reduce import substitution by 50-60% in the most challenging branches of industry by 2020.