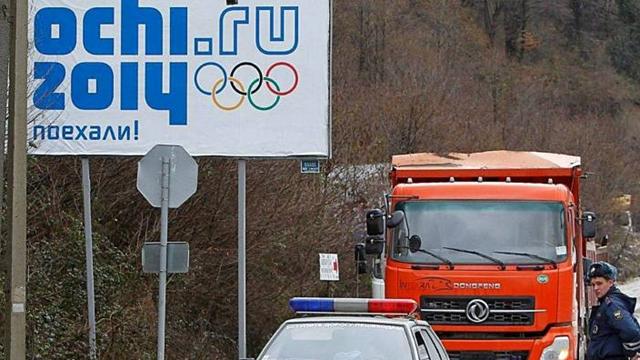 According to President Putin's decree, additional security measures are to be taken during the Sochi Olympic and Paralympic Games. The decree came into force on August 23 and was published in “Rossiyskaya Gazeta” newspaper.

For the period of time from January 7, 2014 until March 21, 2014 the security check for transportation and individuals is to be carried out prior to their access to controlled zones. The access is possible only in cases of service or transportation necessity.

According to the decree, all types of strikes, demonstrations, parades, and any other events unconnected with the Olympic and Paralympic Games is forbidden on the territory and water area of Sochi. Sale of weapons, military supplies, including special military units which belong to state organizations is forbidden for the specified time. It is forbidden to sell explosives, materials for industrial use, items containing them, as well as toxic substances and agents, excluding medicines.

In order to implemt the decree the Russian President instructed operational headquarters for the Games security , the Russian Interior Ministry , the Federal Migration Service of Russia, the Russian Foreign Ministry , the Ministry of Transport of the Russian Federation , the Federal Road Agency , Sochi city administration, and the administration of Krasnodar region.The paper identified a list of areas for monitoring along the perimeter of the Olympic Park, including the Olympic and sports facilities within the territory , area distribution center , service station for servicing trains , the "Desiro" depot, the terminal facilities for passengers at the Olympic sites and some others.