Beginning with the 2013 Summer Universiade, Kazan consistently creates cluster projects, which attract specialists, technologies, and investments. In the short term, the region will begin to produce its own personnel resources and software products. A science city for IT developers Innopolis promises to become a project of this kind. The first intake of students was announced for 2016, but companies around the world are already doing everything to join the project. Moreover, City Manager of Innopopolis is a successful businessman: Yegor Ivanov, Yota co-founder. He took office on the eve of 2015.

NEW POINT ON THE MAP

"Innopolis" project consists of three components: the first is Innopolis as a city and habitat; the second is Innopolis as a place of attraction for business, a special economic zone with tax concessions; the third is Innopolis as an educational center, an intellectual point of attraction. Officials and experts admit that projects devoted to building new cities from scratch have not been developed in Russia since the 60s, and new universities, especially technical, have not been built for 20-30 years. Today, Innopolis has an area of 1424 hectares. It includes an industrial park, university, student campus, medical center, townhouses, residential area, two kindergartens and a school. It is located 55 km away from Kazan. In 2014, 23 construction objects out of 33 were put in commission, which means that the first step of construction is now complete. Full commission is planned for 2015.

The first resident of Innopolis was registered in August. At the end of November there were about ten registered residents, and the number is constantly growing. Mass housing procedures will begin in January-February of 2015: 810 residents will move into their rented apartments.

It is expected that Innopolis will be able to provide training, high life standards and efficient work of professionals qualified in innovative sectors of the economy, especially in the sphere of IT.

The size of Innopolis University is about 5 thousand students according to performance targets. It means that annual admission number will be approximately a thousand of students. In general, the plan of the city assumes 155 thousand people of general population and 60 thousand of professionals to live in Innopolis. Such numbers suppose newcomers from all over Russia and even from abroad. Mass admission of the first-year-students will begin in 2016, and achievement of the full capacity of 5 thousand students is scheduled for 2030, but the work process at the university has already begun. Classes for bachelors have already started in Kazan. Innopolis University also became the official operator of the program of the Ministry of Information and Communication of the Republic of Tatarstan for creation of IT classes.

Construction of the university complex, which consists of the university building, four dormitories and sports complex (indoor and outdoor parts), is funded from the federal budget. According to Innopolis University principal, Alexander Tormasov, there is no standard university model that were taken as an example basis. There are several partner universities though. Some programs were developed independently, some - together with partner universities, and some were borrowed. Carnegie Mellon University was selected as a partner at the initial stage of the project. This cooperation consists of the implementation of the master's program for managing software development. The program is considered to be one of the best in the world in this area, and it will be moved to the University of Innopolis. Cooperation agreements were also signed with a number of major world universities: National University of Singapor, University of Amsterdam, The Netherlands, KAIST (Korea Advanced Institute of Science and Technology, Republic of Korea), Polytechnic University of Milan, Italy, Institut Eurécom, France, and others.

To date, the university has managed to attract a lot of expert scientists: for example, Bertrand Meyer, head of the laboratory (professor at ETH) will be working here for no less than four months in a year. Meyer will not only teach, but also engage in research activities, for which he will create a special group. 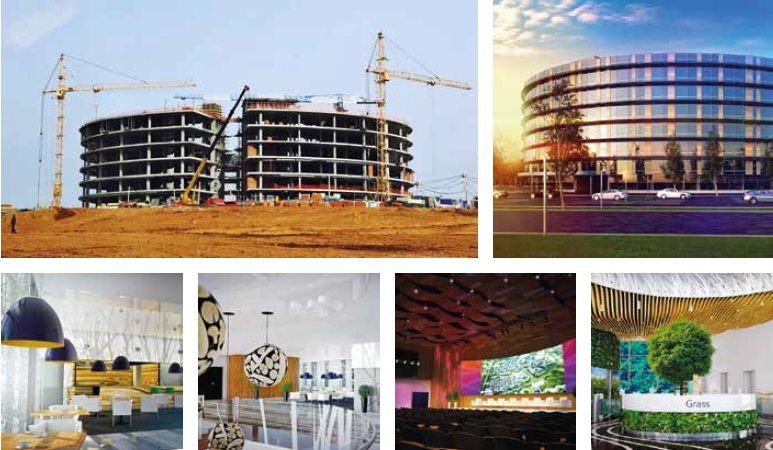 Educational building of the university 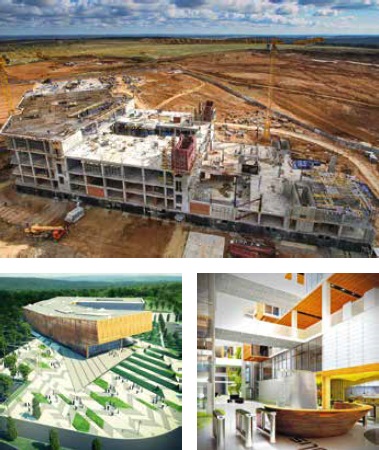 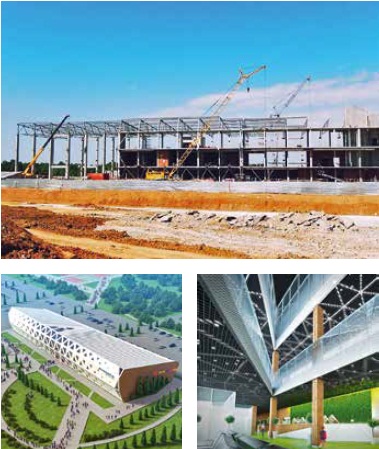 University of Innopolis will have strict admission requirements: although the Unified Exam scores will be taken into account, the threshold for admission will be higher than the one set by the Ministry of Education. Most of the instruction will be conducted in English, since the university will have foreign students.

University of Innopolis is a private educational facility without state budget support. In 2013, over 426 million rubles were invested by Russian ICT companies, which allowed providing educational grants to many future bachelors and masters. The state is ready to provide the money to support state-funded academic places, but the university has not yet announced their availability. At the moment, education is considered to be formally paid, but in reality the cost of education is recovered by sponsorship contributions from IT companies. In addition to scientific research, Innopolis territory will be available for business – the university will provide the opportunity to commercialize developments and find relevant specialists.

As noted by Alexander Tormasov, Kazan – is a vivid example of decentralization of the economy and education. The IT park, which was built a few years ago in Kazan, is considered the most efficient project among industrial parks. One third of projects comes from outside of Tatarstan, and the emergence of Innopolis will enhance the region's reputation as a high-technology one.

According to the rector of the university, Innopolis stands beyond politics as a scientific and educational project. It does not engage in discussions of the western sanctions, because they have no influence whatsoever on the work of the university. "As the Minister of Communications said, we want to make sure that our programmers are able to create a line of software that would help Russia become an independent high-tech country. We also want users to have a choice – the market has to feature a variety of competitive products ", - said Alexander Tormasov.

Western partners speak about Innopolis with sheer respect. Global Head of Strategy and Business Development of industrial solutions by Cisco, Matthew Smith shared his impressions: "The first thing that surprised and amazed me was how well thought out the whole project was. Positive aspects were developed everywhere, even the climatic conditions - on the one hand, it is a golf course resort, on the other - a ski resort. A lot of talent and human capital of Russia, especially in the field of information technology, will be positively used." By the end of 2015, Cisco plans to open their own innovation center in Innopolis.

Innopolis residents held an assembly on December 25 and elected a mayor for the IT-town. Yegor Ivanov, 34-year-old Moscow native became the City Manager of Innopolis. Ivanov previously worked as an Investment Director in Marsfield Capital fund. From 1999 to 2008 he worked in the IT industry, rising from a programmer to the director of an international consulting IT company. Yegor Ivanov was a co-founder and CEO of the mobile operator Yota (LLC "Skartel"), which he left in 2013.

Tatarstan authorities name attraction of Russia’s best IT professionals to Innopolis as the main work task of the new mayor. In particular, Minister of Information and Communications of the Republic, Roman Shaikhutdinov noted that the task of Innopolis mayor is to attract emigrated Russian qualified specialists back to Russia and to Innopolis in particular. "If that happens, then we can say that the mayor has coped with the task," - said Shaikhutdinov.