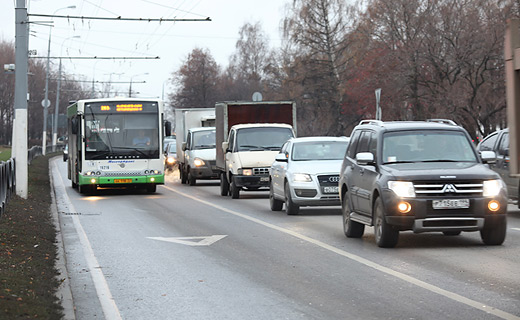 Beginning with 2015, video recording complexes installed onboard of city buses will register vehicles that take dedicated lanes illegally. According to The Traffic Management Center (Russian abbreviation: TSODD), 110 complexes were installed in order to achieve this goal.

Cameras installed in the driver's cabin will record not only illegal movement along public transport lanes, but also cases of parking in such lanes and in prohibition signs areas.

Over the next two months, cameras will be connected into the system, which will work in test mode until the end of the year.

Information on offenders will be processed by servers in the Traffic Management Center, and then will be transferred to Moscow traffic police.

Nearly 200 km of dedicated lanes provide fast movement of public transport in Moscow. Statistically, city buses and trolleys move 20% faster than vehicles in the general traffic stream. However, most of the time, drivers disregard the rules by taking the lanes dedicated for public transport. Representatives of The Traffic Management Center believe that tracking of such violations will significantly improve traffic conditions for public transport.