Cameras Measuring Average Speed Will Be Tested On Leningradskoye Highway

Cameras Measuring Average Speed Will Be Tested On Leningradskoye Highway 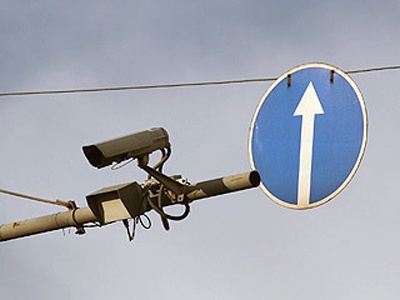 “Avtodoria” camera complexes measuring average transport movement speed will be installed in Moscow along Leningradsky Prospect and Baltiysky Tunnel. Testing of the new equipment will begin in the next two weeks.

Immediately following their launch, the complexes will operate in test mode and will not issue fines. If traffic police and the Department of Transport give positive assessment of the project, cameras will be switched to regular mode.

Unlike conventional systems of photo and video registration of traffic violations, Avtodoria equipment does not register single cases of speeding, but calculates average movement speed on dedicated track parts with the length of 500 meters to 10 kilometers. The first camera captures the time cars enter the monitored section of the road while the second captures the time of leaving. Then, this information is transferred to control centers for processing and calculation of average vehicle speed. Drivers who will cross the speed limits established by law will be fined. The technology helps to fight speeders who slow down when approaching regular cameras.

Anton Kuhovarenko, director of Avtodoria company, told RUBEZH magazine that traffic accidents mortality has decreased by 51% in the first half of 2014 for the areas where Avtodoria installed their equipment - 22 vs. 43 death cases in the first half of 2013. The number of road accidents has decreased by 15.6% (15 100 vs. 17 900). For example, Sokury village usually had 3 - 4 car accidents, but no serious accidents were registered following the installation of the system,

Kuhovarenko said that Avtodoria complexes already guard the road safety of 17 regions of Russia. The system issues fines in Tatarstan, Samara, Ulyanovsk, Penza, Ryazan and Moscow regions, as well as in Chechnya and Ingushetia.