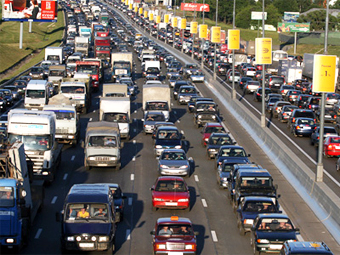 Two Crimean highways were equipped with “Avtodoria” vehicle speed measurements systems. Cameras follow cars on the roads from Simferopol to Sevastopol and Yevpatoria. The equipment currently runs in test mode.

According to Deputy Prime Minister of Crimea - Minister of internal policy, information and communications Dmitry Polonsky, following the end of the pilot project, “Avtodoria” system will be introduced throughout the region and will begin to work in full strength in 2015. Polonsky expects that the use of new equipment will improve traffic situation and the level of security.

The press service of "Avtodoria" company reported to RUBEZH magazine that as part of the Crimean project, 4 devices were installed at two sites: near villages Chistenkoye and Beloglinka in Simferopol district. “Avtodoria” complexes were already installed in 17 regions of Russia – the same equipment was used in Crimea. Local contractor, selected by the Regional Inspectorate, carried out the installation work.