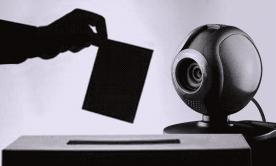 On June 25 at a press conference, head of the Moscow City Election Committee Valentin Gorbunov said that every election station will broadcast video feeds from cameras via the Internet.

According to Gorbunov, every station will have two cameras showing the process of voting and ballot counting.

As a reminder, we shall point out that the 405 million rubles contract for the implementation of CCTV monitoring of election process went to Moscow City Telephone Network Company. The contract had no other contenders. "Rostelecom" expressed initiative to participate in the competition, but at the time of the auctions all the company’s resources were already involved in the implementation of the Unified State Examination surveillance system, for which the state had paid 600 million rubles.