Aggressors will be identified

Aggressors will be identified 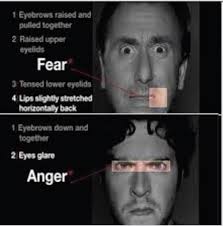 Siberian scientist designs a system, capable of monitoring the psychophysical state of a person. The official presentation of the system took place on May 21 at Irkutsk State University.

According to system designer, postgraduate student of Bratsk State University, Mr Alexander Ren, the program uses special devices to analyze electromagnetic signals coming from the brain. It uses unique templates, which allow distinguishing between the calm and aggressive states. In case of aggression, the system is capable of defining its reason, which could be related to a loss of aggressor’s mobile phone or his/her readiness to commit a crime.

There are two ways to use the system: the first, according to its inventor, is to introduce it as an addition to standard CCTV system with the goal of analyzing the sound and video footage, thus, trying to identify the absence/presence of an aggressive person on a specified territory; the second way, which is more complicated, is to install the system with detectors of brain electromagnetic signals, capable of identifying the person’s feelings at a given moment of time.

The scientist believes that similar systems can be used for both civil and military purposes. They can be useful for airport and train station security services. Nevertheless, the new development has to be installed and tested under less demanding circumstances first.

The developer plans to launch the first system of this kind together with the local security companies, and later on to install it in public places with the aim of informing the nearest patrol and inspection service stations when suspicious or aggressive people are detected. The new system can serve as an additional obstacle for offenders and help the police to stop the criminals.

Mr Evgeniy Ananiev, brand manager of the company Trading House “Videoglaz” believes that the system of psychophysical state monitoring is an extremely interesting and perspective project: “We often see how similar solutions are used in science fiction films, where similar systems help the police or similar security services. But how it is going to work in practice is a difficult question. I hope that in any case we are going to see some positive results.

There are many nuances to this system. The state of a human being can change immediately; it depends on many external factors. There are some people, who can be in total control of their emotions. I think that the developers of this system will encounter a number of difficulties in practice. They will be faced with a lot of work, which can help to improve the system. In any case, the future belongs to this system. The most important thing is that the key actions should be performed by a human being, rather than a “machine”.