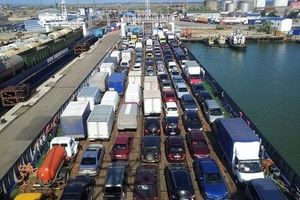 ANO "United Transport Directorate" installed three additional surveillance cameras on the premises of the “Crimea” seaport and thus doubled their number, reports the official website of the company.

The new equipment is intended to improve the quality of monitoring of the two collecting sites in the port. From now on, the first site designed to carry 250 cars will be monitored by two cameras, the other site designed to carry 900 vehicles will be controlled by four cameras. Video surveillance system will function on a 24-hour basis. The press-service of "United Transport Directorate" told RUBEZH magazine that the information on the exact models of new cameras is considered a commercial secret and will not be disclosed.

Video surveillance system of the port will provide information on the number of cars waiting for their turn on each of the collecting sites. Live video broadcast can be accessed via the official "United Transport Directorate" website.