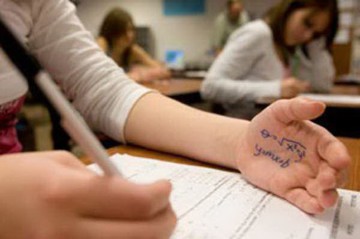 According to the Ministry of Education and Science, organization of live video broadcast of the Unified State Exam in 2015 will require a sum of 200 million rubles. The money will finance the work connected with the modernization of state examination procedures and provision of information security and video surveillance activities.

According to the authorities, video surveillance during the Unified State Exam will make the final examination more credible and will exclude a whole range of possible procedure violations.

Last year, the Unified State Exam was broadcast publicly in test mode. The project was supported by the Federal Education and Science Supervision Agency, Ministry of Education and Rostelecom. The latter company was the official technical operator of the event and provided support for the online project "SmotriEGE".

Funds were spent on equipping approximately 3 thousand exam locations. In total, 46 thousands classrooms were taken under surveillance. It was assumed that the broadcast will help not only control the exam procedures, but will also help solve possible disputes. For this reason, video recordings were stored for three months following the completion of the exam. Introduction of video surveillance is a forced measure – a great number of violations was recorded in 2013. Students used every opportunity to get cherished correct answers – they used mobile phones, swapped pre-finished papers with actual exam documents, even managed to obtain tasks and post the materials online months before the exam date.